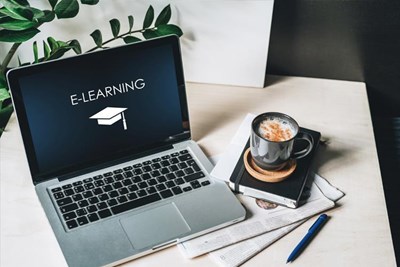 Workers are reskilling in preparation for new jobs on the weekends, according to online training provider Circus Street.

It found workers were focussing on digital sales topics such as marketing strategy, user experience and performance marketing during their weekends.

Richard Townsend, founder and CEO of Circus Street said the data suggested the unstable global economy is sharpening the focus of many homebound workers who are educating themselves on digital skills.

He said: “In the 10 years we’ve been providing digital training to global clients we’ve never seen figures like this. We expected learning to go up during the week, which it has slightly, but we were surprised to see such a big rise in weekend learning.

“We’ve been talking to our learners across the globe and many of them have told us that the pandemic has sharpened their focus and they’ve realised the need to learn new skills, especially around improving their ecommerce skills and agile working.”

Lessons are made up of video tutorials and tests, with each worker gaining certification after completing their learning path of lessons.

Townsend added: “Remote working has meant a drastic change in many people’s working lives and so it’s perhaps no surprise that professionals want to improve agile working practises.

“Using weekends to reskill demonstrates that people are busier than ever during their working week but are using their downtime to catch up in an ever-changing digital world.”

Circus Street analysed 42,302 learners across its global audience and compared learning figures between March and February 2020.

Half of workforce believe employer will remove remote working

What lesson leaders and HR can learn from toxic work environments