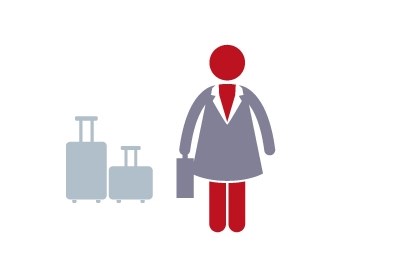 With International Women’s Day just behind us, should businesses be gender-specific with their travel policies? Carolyn Pearson, founder and CEO of women’s business travel network Maiden Voyage, certainly believes so.

“As women we are more likely to suffer from sex-related incidents than men. We’re generally not as strong as men and therefore are more vulnerable when travelling on business,” Pearson told HR magazine.

“Despite pushing more women in to senior roles we are not providing sufficient protection while they are away on business,” Pearson said. She added that companies could find themselves at risk of corporate manslaughter charges if anything happens to their employees while they are away.

She said female travellers must be aware of cultural nuances, as behaving in a culturally inappropriate way could cause trouble. “There can be customs and legal intricacies in various countries that impact women,” she explained. “These range from dress code to illegal driving for women in Saudi Arabia.”

She said making eye contact, wearing bright lipstick or even carrying a copy of Cosmopolitan magazine could put women at risk. Yet according to Pearson’s research, only 5% of female employees have received specific travel safety training.

Almost a third (31%) of women said they felt their employer didn’t take adequate care of them while they were away on business. This could cause a talent problem, Pearson warned. “Some women won’t apply for a job if they’re not comfortable travelling.”