Why the human touch still matters 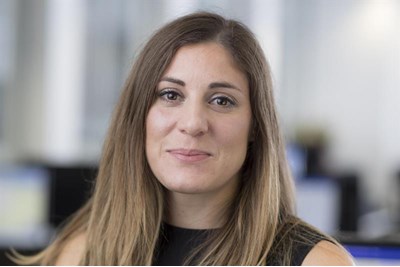 I fully agree with fact that technology should be leveraged to rise above administrative jobs however employees do want human interaction, empathy, personal touch. They don't want to be waiting in a ...

AI is set to do some remarkable things. But can a machine really replace a human for every transaction?

Last year Google’s chief executive Sundar Pichai revealed a new development in the Google Assistant application. The app is now able to both make a phone call and have a conversation with the person at the other end. Moreover, the unsuspecting human wouldn’t be aware that they were talking to a machine. The example used was the booking of a hairdressing appointment.

However, booking a hair appointment isn’t the first iteration of AI to hit the mainstream. Many everyday workplace processes have been simplified through these types of technologies, allowing employees to rise above administration and focus on higher-level tasks and strategic projects. Contrary to popular doomsayer opinion, AI hasn’t replaced human workers but rather enhanced their abilities.

In HR the impact has been significant. CVs, for example, can now be efficiently pre-screened by machine, speeding the process from initial selection to that all important face-to-face interview. As Google’s Duplex AI feature proves it might only be a matter of time before an applicant finds themselves being interviewed by a virtual HR manager rather than a ‘real’ one.

Despite this there is still plenty of room for human involvement, especially when it comes to hiring support staff such as personal assistants.

The personal assistant role is just as much about personality fit as it is professional. Its very nature as a support function means working closely alongside an executive, director or UHNWI (ultra-high-net-worth individual), so having the right personality is essential.

AI is not yet able to make decisions about a candidate’s personality, how they’d react in certain situations, and their soft skills. But a good interviewer or recruitment consultant can identify a PA’s emotional intelligence, organisational and communication skills when meeting face to face.

Finding these people (and retaining them) is going to mean that HR professionals, and those who service HR departments such as external recruitment consultants, are going to have to think carefully about the role of AI within the recruitment process. What is the best way to both attract and identify those individuals with the soft skills to meet these rapidly-evolving human-facing roles?

So while AI is bound to play an increasingly important role in a significant range of traditional HR functions, the need for human beings to fulfil the face-to-face functions at a much higher level in the workplace is more likely to grow than diminish. So too will the skills required to identify those who are best suited to the more demanding and person-orientated appointments. AI is indeed an unstoppable revolution, but for some considerable time into the futur, the human touch will continue to be vital to the success of any business.

I fully agree with fact that technology should be leveraged to rise above administrative jobs however employees do want human interaction, empathy, personal touch. They don't want to be waiting in a que when they need on the spot resolution of their problems. An employee who is being harassed by his boss cannot share his grievances with a robot or a software.