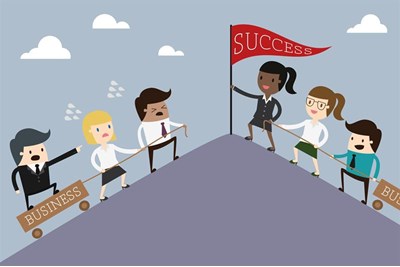 This research explores the relationship between having talent and being successful

Up to 40% of leaders fail in role – at significant cost to organisations and the health and wellbeing of the individual. Leaders are derailing at an alarming rate. Research suggests up to 25% of executives are a derailment risk. The focus of talent management for many organisations is on defining leadership talent and potential to create a leadership pipeline. This process ignores a basic truth, which is that it is not always the most talented leaders that go on to be successful.

One of the fundamental flaws in defining leadership talent is conflating it with success as a leader. Talent and success are different things. This research seeks to provide a greater understanding of the relationship between talent, success and derailment, and offer insight into how organisations can better approach identifying their leadership talent and provide more effective leadership development.

While many search externally for effective ways to define their leadership talent, research into strategic talent management concludes that talent is organisationally-specific, that the organisation is best placed to define what talent looks like for them, and that this definition should be aligned to their values and strategy.

This assumes organisations are well-placed to create their definition of talent. It also ignores the fact that having talent doesn’t always equate to being successful. Talent is an ‘input’ – something we have, or do or demonstrate. Success and derailment are outcomes – the result of enacting our talent (or not) together with situational factors.

The terms ‘talented leader’ and ‘successful leader’ are used interchangeably. But having talent and being successful are two different things. In many organisations talent management processes assume employees to be passive – that they are content to be moved around a talent matrix, put forward or declined for development, and for the organisation to decide what their career will look like.

Much has been written about the attributes talented leaders need to have. During the research analysis phase I identified more than 200 attributes of talented leaders. However, of greater significance to success or derailment were actions and behaviours. Understanding these provides a better pathway to developing successful leaders and preventing derailment.

At a time when the focus tends to be on strengths little thought is given to why leaders derail. Derailment is a term used to refer to leaders who plateau at a lower level than expected. As a result they may stall, be demoted, or leave the organisation voluntarily or involuntarily. It tends to be assumed that the reasons some leaders derail are simply the opposite of why others succeed. That’s not the case.

When defining leadership talent for talent management purposes, aligning the definition to the organisation’s values, competency and behaviour frameworks brings challenges when organisations use ‘corporate speak’ or ‘buzzwords’. Such attributes tend to lack an evidence base linking them to what we know of high performance, potential and talent. This means that when these definitions get operationalised, there tends to be inconsistency in interpretation and understanding of what this attribute might look like in a leadership context. Emerging leaders are then benchmarked against flawed definitions of leadership talent or potential.

In light of the number of leaders who derail, a key question is whether benchmarking against these flawed definitions is resulting in the right selection decisions. These lists of competencies and behaviours emerging leaders are benchmarked against are often a mass of contradictions that can’t exist within a single person. They also fail to take into account that in talented and successful individuals it is sometimes their fears and flaws that act as a catalyst for success.

The 200-plus different attributes the research identified were grouped into themes. When exploring the careers of these leaders there were significant differences between successful and derailed leaders in three key areas: resilience, the ability to lead change, and their allegiance to business management skills over expert knowledge.

Successful leaders also demonstrated different patterns of career decision-making. Confidence, resilience, and a desire for novel experiences and to stretch out of their comfort zone drove successful leaders to move companies, industries and sectors. Leaders who eventually derailed were much more likely to make career decisions in line with their expert knowledge, generally took fewer risks when making career changes, and were less inclined to engage in significant change projects.

What research there is suggests resilience is fundamental to leadership success. But the current trend of explaining resilience as bouncing back is unfortunately detrimental to fully understanding how it might influence leadership success or derailment. The origins of resilience research are in the response of children to early years trauma.It is only recently that resilience has found its way into organisations as a topic of discussion. Resilience is alternatively described in evidence-based research as a response to adversity, a trait, a process of positive adaptation, coping skills, an outcome or psychological capital.

A significant percentage of successful leaders have suffered early years trauma or adversity. They referenced this trauma as enabling them to develop a resilience that they drew on throughout their leadership career; this enabled them to recover from setbacks, career mistakes and failures as well as adapt, take risks and embrace challenges. Derailed leaders did not reference resilience in the same way.

Developing resilience is a little like developing a muscle. It is built up over time through our reactions and responses to unique life experiences. Which sits at odds with the current organisational approach of attempting to develop it through workshops. A coaching approach that enables leaders to learn resilience strategies based on their own life experiences is a more effective approach.

While in organisations the terms ‘talented’ and ‘successful’ are often used interchangeably, they mean different things. We all have our own idea of what it means to be successful. Leaders can have an uneasy relationship with their success to the extent that they may deliberately sabotage it. As successful leaders developed their careers their definition of success appeared to change; moving away from definitions based on material possessions or roles to family and legacy. This shift significantly influenced career decision-making to the extent that some highly-successful leaders chose to ‘opt out’ of a leadership role. Derailed leaders continued to emphasise success as the acquisition of assets or as the attainment of roles.

While organisations invest in talent management processes it appears the most fundamental element of that – the definition of leadership talent – remains a significant flaw.

To be effective organisationally-specific definitions of leadership talent need to be evidence-based and context-specific. Buzzwords, corporate speak and long lists of conflicting characteristics cannot be effectively operationalised into consistent and identifiable attributes that distinguish possible longer-term leadership performance and potential.

Poor talent selection processes may result in leadership derailment further down the line.

Key differences emerged between those leaders who were talented and successful and those who derailed. These included the balance between the desire to be an expert and the desire to ‘run a business’, a track record of leading significant change, and resilience.

The CMI coined the term ‘the accidental manager’ to describe high-performing experts and specialists whose reward for their expert high performance was to be promoted into management roles with no training – to the detriment of organisational productivity. This research found a subtle variation of this scenario, which was that those leaders who went on to derail still identified with their prior specialisation and in most cases did not have a passion for understanding how their organisation operated.

Those leaders who went on to executive roles and sustained their success admitted to ‘not being the best expert’, and instead had a curiosity for how an organisation functions and for sharpening their business management skills. These leaders proactively sought roles and projects that enabled them to broaden their knowledge and skills.

A good talent management framework needs to support the aspirations of both ‘high professionals’ (high-performing expert specialists) and high potentials (emerging leaders). An organisation also needs to factor into the development of its leadership talent pipeline the scenario that the ‘average’ expert specialist may have leadership potential. This needs organisations to think differently around how they progress experts and specialists to avoid their talented experts becoming mediocre managers or, at a later stage, derailed leaders. This also requires organisations to think differently about how they engage with leaders as part of their talent management initiatives. Lack of transparency and a failure to engage leaders fully ignores the fact that talented leaders are proactive opportunity scanners.

Those leaders who went on to be successful were more likely to engage with headhunters, have a sense of their value in the ‘marketplace’, were likely to look outside the organisation when they became comfortable in their role, and cast their net more widely compared to those leaders that derailed.

Talented and successful leaders were also more likely to have a holistic definition of success beyond achievement in role. This in some cases caused leaders to opt out of their executive roles to pursue alternate life choices. This highlights the need for organisations to have open, frequent, transparent dialogue with their leadership talent to ensure the individual’s and organisation’s definitions of success are aligned.

How leaders react to, respond to and embrace change may be a predictor of longer-term success. In today’s volatile, uncertain, complex and ambiguous world leaders need to be able to identify, design and lead strategic change.

Those leaders who sustained their success at senior levels across industries and sectors were change catalysts. Throughout their careers they engaged in change initiatives of increasing complexity until they were, in many cases, leading change not just in their organisations but in their industry. This had a significant impact on their career trajectory.

Those leaders who derailed did not have this track record of engaging in increasingly complex change initiatives and were therefore unable to maximise the benefits of this through their career progression.

Given change is a fact of organisational life, the ability of leaders to identify, prioritise, design, and lead change must be given greater focus in leadership development initiatives.

Furthermore organisations that operate in a context of continuous change should give thought to including the traits of adaptability and openness in their definition of talent.