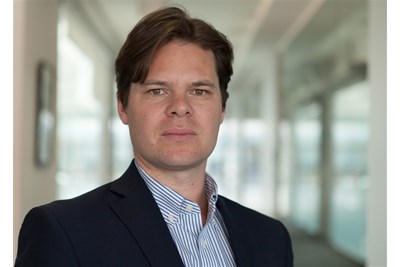 Many executives develop an approach to leadership early on in life. It helps them to succeed for many years. But one day, the very style of leadership that has worked for so long becomes a liability.

So what should leaders do when their tried and tested approach to leadership begins to fail? The most important step is to become aware of their own inbuilt leadership biases. In Cass Business School research, we found that leaders typically rely on a metaphor of leadership. They use this metaphor to compare leadership to something they are familiar with. Six of the key metaphors are:

1. The Commander. Being a good leader involves giving orders, punishing, and sometimes fighting alongside the troops.

2. The Buddy. They say being a good leader is creating a friendly and convivial environment and making people feel at home.

3. The Therapist. For them a good leader helps people to develop, grow and nurture their inner potential.

4. The Bully. Being a good leader means intimidating people and nurturing a sense of fear.

5. The Saint. A good leader is a quasi-religious figure who should inspire and transform their followers.

6. The Cyborg. For them, a good leader is someone who is able to perform at super-human levels.

A leader might ask which of these assumptions fit their own approach to leadership, how is it helping them, and how is it hindering them. Frequently, leaders who have hit a career wall have a very poor understanding of their own implicit ideas about leadership. They find it hard to recognise there are multiple ways of leading and their own approach is just one among many.

The second big question that leaders need to ask is how their followers see themselves. In our research, we found that there are six metaphors that followers use to understand their own relationship to the leader:

1. The Soldier. This person sees their role as just following orders.

2. The Friend. This person sees their role as nurturing a good relationship with their boss.

3. The Patient. This person sees their role as sharing their inner feelings with the boss.

4. The Victim. This person sees their role as taking punishment.

5. The Believer. This person seeks out deeper meaning and transcendental experiences.

6. The Imperfect Human. This person sees themselves not being able to live up to the super-human standards of their boss.

A leader might ask how their followers see themselves and whether this actually matches the leadership style they think they have. Often if managers are facing problems, it is because there is a large mismatch between their own approach to leadership and what their followers are looking for.

The final question that leaders need to ask themselves is how their company implicitly understands itself. One way to answer this question is to think about the metaphors used in the business. For example, a public transport organisation we worked with used military metaphors in everyday discussion. They talked about themselves as an 'occupying army'. This tends to suggest the business sees itself as a military organisation. In this case, people who see themselves as commanders or soldiers are likely to be promoted. However, things can get tricky if the firm is trying to change its identity. When this happens, it might start to look for leaders and followers who see themselves in different ways.

When leaders reflect on how they see themselves, how their followers see themselves and how the organisation sees itself, it becomes possible to identify where there are overlaps as well as disconnects. A smart leader needs to be able to tailor their approach to their followers and their organisation as a whole. And the only way to do this is by asking some tough questions of yourself.