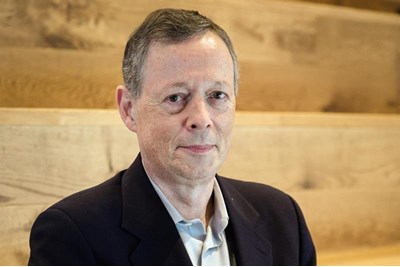 ​HR can play a crucial role in supporting staff to better use digital communications, according to Nick Morgan, author of Can You Hear Me? and communication coach

Speaking to HR magazine ahead of a recent Harvard Business Review (HBR) event, he explained how emails, conference calls and video calls are all ripe for misunderstandings and misuse. But he also offered some tips on supporting staff to use them better.


He explained that one problem with email is “asynchronousness of information” – where an email can be sent at one time then read at another – and the 24/7 culture this creates. Another issue is emails going “awry”, he said.

“The most common example is I send an email I think is very witty and you find it hurtful in some way,” he said. “That happens all the time.”

We “never misread [ambiguous] emails in a positive light” because of how the brain is wired, he said, explaining that the human brain has evolved to think just a few minutes into the future to protect itself from immediate danger, with those who “assume the worst” more likely to survive.

Morgan explained that this is particularly a problem where emails from senior leaders are concerned, as the “further up in an organisation you go the shorter emails become” due to leaders’ lack of time. “But the shorter they become the more likely they are to be misinterpreted,” he said. “The difference between saying ‘I hope it’s going well’ or not has a big impact on people.”

Even video communication severely limits our ability to “decode intent”, Morgan went on to explain. Similarly to audio conferences, we miss the overtones and undertones of someone’s voice, which is where emotion is conveyed. And though some people might assume video is a good facsimile of face-to-face communication, our brains still struggle to cope.

We “spend a surprising amount of brain effort… keeping track of where someone is in their chair” and just generally coping with the 2D nature of the interaction, Morgan explained, meaning a constant distraction or white noise at a subconscious level when conversing via a video platform.

Morgan’s main tip in avoiding miscommunication was to always try to do things face to face where possible, “just because that’s how we are evolved to communicate, so anything else is going to be less than that until the technology is available”. (He conceded that some form of hologram could work nearly as well as face to face interaction once developed.)

But for where face-to-face interaction isn’t possible Morgan offered the following advice:


Ask how people are feeling

The way to determine intent when you can’t hear or see the emotion being conveyed is simply to ask people how they are feeling, advised Morgan. “If you have a weekly virtual team meeting start with a quick check-in; so ‘are you red, amber or green?’” he said. “First of all that makes it safe”, and then it means you can check back in with someone who said amber or red, he explained.

“Another tip is to go no longer than 10 minutes without a serious check-in,” Morgan added. “You need to announce that’s going to be happening in advance.” That will combat the fact you can’t necessarily tell visually when someone is checking out or becoming frustrated. “Even where there’s more than a few people, I assign an MC to do that type of thing,” Morgan added, explaining they don’t have to be the person leading the call or the most senior person.

Morgan recommended that AI software packages can be very handy for keeping track of how long different members of a team, or participants in a conference call, talk for. “Those could also become metrics for managers; so encouraging them to constantly get equal participation,” he said.

Where teams are spread between various countries it’s important to ensure everyone understands different ways of working according to culture, said Morgan. "Teams need to ask 'what are our expectations for punctuality?' because that really varies from culture to culture,” he said. “Then for level of contribution, 'what are everyone’s values with regards to getting the work done?'

“Then for fun, each person should do a 30-second tour of their workspace, showing everyone what their culture has for lunch, showing what their commute's like,” he said, explaining that seeing aspects of someone’s existence outside of work helps to build trust.

One way to tackle email overload is to train people to email smarter, Morgan added. “One little thing that surprisingly helps is getting people to include one sentence summing up what you’re going to get out of reading the email, saying: 'this is what this email is about and this what I need from you in response'."