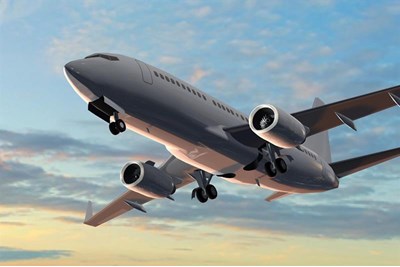 There's been a large increase in firms offering unlimited holiday, but experts warn such schemes can lead to employees taking too little time off

The number of organisations offering unlimited paid annual leave has more than doubled in the last two years, according to analysis from Indeed.

But despite this sharp rise limitless holiday remains relatively rare, the analysis showed, with just 0.06% of job descriptions on the website mentioning it.

Unlimited holiday allowance was popularised by US tech giants, such at Netflix and LinkedIn, before being picked up in the UK where the technology sector accounts for more than a third (34%) of all jobs offering the perk.

However, this benefit has provoked scepticism in the past. American media company Tribune Publishing abandoned its policy on unlimited leave after it found that employees took less leave than before the policy was introduced. Employees had reportedly voiced concerns that there was no formal way of tracking how much leave was taken, leaving them unsure of the appropriate amount to take.


Speaking to HR magazine, occupational psychologist at Robertson Cooper Julie Wacker said organisations should be cautious about the implications of introducing unlimited holidays.

"Unlimited paid leave is an idea that is really disrupting the psychological contract between employers and employees. It’s saying to employees that they are trusted to get on with their job in the way they see fit, and valuing employees based on their outputs rather than their physical presence or face time," she said.

"The intention behind such schemes is to allow people to take control of their own wellbeing. However, in these early stages of cultural change we are seeing anecdotal evidence that instead of people taking excessive leave they are doing the opposite and taking less time off than they would have done otherwise. This will not be good for wellbeing overall in the long term, so in these early stages of change it may be wise for organisations to set minimum guidelines on how much time off people should be taking.”

Indeed's The Meaning of Work report also found that pay is still the most important aspect of a job overall. The research revealed 57% of full-time workers believe their salary is the most important factor in their work, followed by work/life balance (55%).

Work/life balance is considered more important than job security (45%), colleagues (40%), length and convenience of the commute (34%), financial benefits such as pensions (20%), and the culture of the organisation (12%).

Bill Richards, UK managing director at Indeed, said that it's difficult to know if unlimited holiday will take off in the UK. “With near-record low unemployment in the UK and quality of life increasingly important to workers, employers are turning to measures such as salary raises and benefits to attract and retain staff. Unlimited paid time off is a US import popularised by West Coast tech companies, but Indeed data shows it is yet to reach the popularity of other Silicon Valley innovations," he said.

"It remains to be seen how quickly other companies may adopt measures like this and whether other sectors follow in the footsteps of tech companies.”