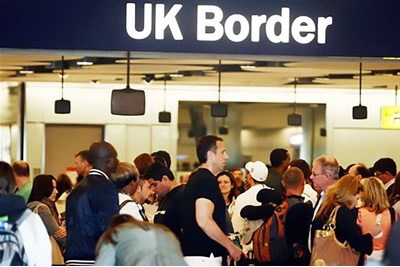 Many organisations in the UK are getting to grips with the fact that free movement officially ended at 11pm on 31 December 2020. The ramifications of this should not be underestimated.

The UK’s new points based immigration system (PBIS) in the words of the government is meant to be "simple, effective and flexible". Can any immigration system really be simple? What should organisations bear in mind when looking to recruit EU workers in this new post-Brexit era?

To sponsor or not sponsor an EU national, that is the question

Some organisations are facing tricky dilemmas when considering whether or not they should be sponsoring an EU national.

If an EU citizen was a resident in the UK before 11pm on 31 December 2020, they may be eligible to make an application under the EU Settlement Scheme (EUSS). For those who move to the UK from 1 January 2021, they may require sponsorship under the PBIS.

Organisations are reminded of the fact that they should not discriminate by asking an employee about their status.

Is the sponsorship process simple or an administrative nightmare?

The sponsorship process is not simply about ticking boxes. There are potential trip up points that need to be considered at the outset.

Organisations need to have people based in the UK who can manage their sponsor licence. This can prove difficult for a newly incorporated company with an overseas director and no staff in the UK.

HR systems need to be in place for meeting sponsor duties and obligations. These duties can range from checking that someone has the correct immigration status to work for you, through to notifying the Home Office if there are substantial changes to their role.

The type of HR systems can vary from sector to sector and may differ according to the size and set up of the organisation. With many organisations having shifted from office-based to a blend of home working or operating in an entirely virtual way with no physical office space, there isn’t a one size fits all approach.

Organisations need to consider what works best for their business model in line with the Home Office’s expectations.

How costly is the sponsorship process?

While the fees for applying for a sponsor licence are marginal, with a £536 concessionary rate for charities or small companies or £1,476 for larger companies, the overall sponsorship costs are eye-wateringly costly.

There is a small reduction of £55 on the visa fee, if the applicant is from a certain country but in reality, the overall costs are high. A five-year skilled worker visa could cost in the region of £20,000 for a family of four.

Due to the pandemic many organisations may still be facing budgetary constraints so may not be in a position to afford sponsorship. Some potential workarounds to this may include considering if you can offset any of the costs of sponsorship onto the worker or implementing a repayment of visa costs policy in place for certain fees.

The Home Office sees sponsorship as ‘a privilege, not a right’ and a significant amount of trust is placed on sponsors.

Compliance underpins the sponsorship system, and this comes in a myriad of ways, including HR personnel acting as pseudo immigration officers when checking someone’s right to work status in the UK, acting in accordance with UK employment law and the wider UK law.

Failure to comply with the duties and responsibilities imposed on sponsors may lead to the Home Office taking action against the organisation such as a compliance visit, suspending or revoking the sponsor licence.

Whether or not your organisation has an immediate need to recruit EU workers, it is important that you plan and have your ducks in a row so as to avoid any unpleasant surprises.