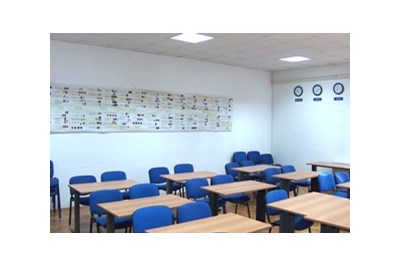 Three quarters of UK workers (74%) believe they are not achieving their potential at work and want to be given more training on the job, according to a research project commissioned by Middlesex University’s Institute for Work Based Learning.

The research reveals a nation of workers eager to improve their skills and dedicated enough to devote personal time or money to being more effective at work. Results released today mark the end of a four-year survey of thousands of British private sector employees, exploring attitudes to training and how they relate to job fulfillment and their careers.

The majority of workers (77%) wanted more opportunities to develop. Training was a key part of these development opportunities with nine out of ten of people saying that training was important to them, particularly if delivered at work.

More than eight out of ten (83%) even said they would consider investing time at home and seven out of ten (72%) would consider contributing financially to fund their course. Employers who fear that well trained staff are more likely to get snapped up by competitors will be reassured that only a fifth of workers (23%) saw training as an opportunity to upskill and leave for a new job. In fact most respondents (51%) said the benefit of training was to make them feel more valued and/or make them more effective in their current role (44%).

Simon Roodhouse, professor at Middlesex University's Institute for Work Based Learning, said: "It won't be a surprise to anyone that staff want training and feel valued when they get it, but we were interested to discover that so many people are willing to contribute financially to their training. And while they would prefer to develop their skills at work, many are open to learning at home.

"Our results paint an encouraging picture for UK businesses as the majority of people surveyed told us that their employers recognised the importance of training, although unfortunately 13% of people said that they didn't think their company saw training as important at all."

The survey also asked about the different types of training employees wanted. Most popular amongst staff were short accredited training courses that led to a recognised qualification. Both in-house or externally provided training of this sort were popular with staff. Though short training courses that don't lead to a recognised qualification were the option most likely to be offered by employers, these were less popular.

Roodhouse added: "We can see that there is low recognition of universities as training providers, when compared to industry bodies and employers themselves, and a perception from staff that offers of external training are declining. This is interesting as universities can provide the accreditation that employees want, so the challenge for higher education is to keep raising awareness of customised study and training that meets the objectives of both businesses and their staff."

Employees surveyed were from a range of large UK based private businesses, typically employing over 2000 people. Workers from many sectors were surveyed including construction, property management, healthcare, manufacturing, retail, finance and leisure. Researchers carried out four separate confidential online surveys during the months of January and February from 2008-2011 (an average of over 4,300 participants per year).