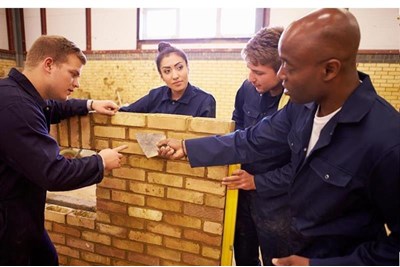 Quite possibly it's time for a root and branch review of providers....and just as other businesses in this unprecedented crisis, sadly some may close.

Thousands of apprentices across England may be unable to start or complete their programme due to a lack of payment to training providers.

According to the Association of Employment and Learning Providers (AELP), the Department of Education (DfE) is refusing to comply with Covid-19 guidelines which require all government departments and public bodies to pay their contracted suppliers during the crisis.

DfE published guidance on 23 March guaranteeing funding for further education and grant funded colleges, yet apprenticeships and other vocational skills programmes have not been acknowledged.

This could lead to many training providers on the brink of collapse, AELP said.

This equates to 52,000 young people and adults will losing their apprenticeship and other learning provision as a result of the closures and another 60,000 learners affected by the mothballing, the AELP said.

Responses from providers to the survey included reports of large layoffs, with one provider stating 1,500 of its apprentices could not complete their training this year.

North east independent training provider Learning Curve Group is working with AELP to lobby government and has written to all MPs the 14 constituencies it operates.

Speaking to HR magazine, a Learning Curve Group spokesperson said: “We are trying to support all apprentices and keep all delivery staff engaged, however the DfE has suggested using the furlough route for staff.

"If we use this staff are not allowed to work and therefore would not be able to support our learners. Some apprentices have been put on a break in learning by their employer, meaning they must suspend any learning activity as they need to focus on their key worker roles.”

The training provider is pushing for a roundtable with ministers to discuss the oversight and has set up a EducateWhilstYouIsolate campaign.

They added: “Funding streams have dried up and we have in excess of 12,000 individuals who are currently at home keeping safe wanting to upskill.

“A large percentage of sign-ups have been for mental health-related qualifications with the majority of our online programmes in subjects that support Key Workers. It is essential that support is given to independent training providers so that we can continue to deliver essential skills to those who need them at this critical time.”

The AELP argued that guaranteeing funding for apprenticeships does not require the DfE to request any new money as the 2020-21 funding had already been allocated from the Treasury.

Mark Dawe, AELP chief executive, said: “Action on funding apprenticeships and other important skills programmes is needed right now if the government seriously wants this year’s school-leavers and unemployed adults who need retraining after the crisis to have apprenticeships available to them.

Other Whitehall departments, Scottish and Welsh governments and mayoral combined authorities have all promised to continue payments.

Dawe added: “The normal protocols on making representations to ministers have had to be suspended and I have asked the current DfE ministers if they want to be the ones remembered for throwing hundreds of training providers, rated good or outstanding by Ofsted, on to the scrapheap.”

Quite possibly it's time for a root and branch review of providers....and just as other businesses in this unprecedented crisis, sadly some may close.

This article doesn’t make sense, learners can complete their training whilst at home if they have been Furloughed as long as the provider has developed on-line learning delivery. Therefore, why are the Apprenticeships at risk? I would welcome a conversation as I pushed for the ESFA to allow off-the-Training to be done at home if learners are Furloughed. This was sanctioned by the Government, DfE and ESFA.

Patrick - we are struggling to get commitment from the agency that training can continue for furloughed workers! do have something you could share?