The impact of social stereotypes in STEM hiring 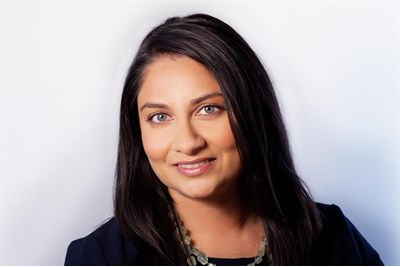 Our research explored how unconscious bias can influence employment evaluations in stereotypically male fields. Because people in organisations hold the stereotypes prevalent in their society (to some degree), this research applies to all organisations that want to provide equal access to jobs, pay, and resources, regardless of gender or race.

Three experiments (totalling 575 people) were set in the context of employment in science-, technology-, engineering-, and maths- (STEM)-related fields. We tested whether men would evaluate one person – an east-Asian American woman – differently depending on whether her race or gender were highlighted. Her qualifications were the same in all scenarios. This is different from past research, which mostly focuses on the effects of being part of one stereotyped social group.

We focused our hypotheses on male perceivers because they are often the evaluators and decision-makers in STEM contexts. In the studies men reviewed an east-Asian American woman’s CV in the context of a STEM job application. The woman’s gender and race were both always clearly indicated in the material provided, but either her race or her gender was emphasised. The question was whether, despite both being visible, the added emphasis on one would shape men’s STEM employment evaluations. We predicted this might occur because, in the US, conflicting stereotypes exist within STEM employment contexts – a manager evaluating an Asian woman for a computer programming job could be influenced by negative stereotypes about her gender or positive stereotypes about her race.

We found evidence that men rated the same east-Asian American woman as less skilled, less hireable, and offered her less pay when her gender rather than her race was highlighted for jobs in science- and technology-related positions.

While the research was based in the US the findings have clear implications for the UK STEM/tech employment market, suggesting how easy it is for stereotypes to potentially influence outcomes.

It’s important to recognise that we all belong to multiple social groups that may have different stereotypical associations. This means people can see and judge us differently depending on which of our stereotyped identities are most salient to them in a situation. This research highlights that one source of employment discrimination is in the minds of evaluators, due to the stereotypes that exist in society.

Our research found that women did not exhibit bias. Neither did it emerge among men when they rated the candidate on specific criteria. Therefore, when recruiting staff, we recommend involving diverse hiring teams and identifying and correcting any general evaluations offered on applicants’ skill, hireability, or how much pay they deserve, because this is where our research found stereotypes influence decision-making. HR may need to reject such general feedback and instead ask for specific evaluations on clear criteria.

More broadly, to achieve real change, organisations may need to review and re-review their policies and practices over time. Accept that bias likely exists, collect the data to assess it, and take a positive outlook, seeking to correct and redress it wherever it emerges.

Applying such an approach will help organisations mitigate the short- and longer-term effects of stereotypes and bias in recruitment with the goal of hiring the best person for the job, regardless of how much an individual ‘looks the part’. In this way HR teams can aim to facilitate genuine progress on diversity.

Aneeta Rattan is research lead and assistant professor of organisational behaviour at London Business School. This reseach was conducted in collaboration with Jennifer Steele of York University, Canada, and Nalini Ambady of Stanford University