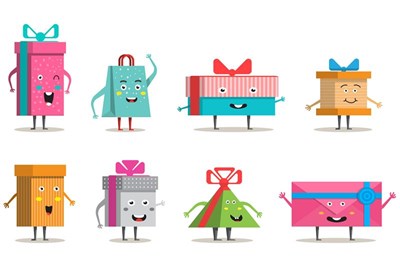 Think you need to splash the cash to great results? Not so. Perks can be cheap but very effective. Here are our pick of the best

Perks that say thanks

‘Politeness’, as the saying goes, ‘costs nothing but gains everything’, and savvy HRDs are harnessing the low-cost power of saying thanks. “We believe in getting the basics right, which includes treating people as they would treat others,” says Clare Martin, group HRD at car dealer group Jardine Motors. “We recently introduced milestone birthday cards personally signed by the CEO. At most they cost us £500 per year, but where we introduced them first we saw the highest engagement rates (90%+), the highest customer satisfaction rates, and the lowest attrition. When people leave we give ‘sorry you’re leaving’ cards too, and we know it boosts our NPS scores.” Other organisations that say thanks do so using points-based systems. Infrastructure provider Amey runs a STARS recognition system where managers can give out cards with a £25 value. Others use peer recognition; LV= lets staff nominate peers for cheap rewards like cinema tickets or shopping vouchers.

Research by Harris Group found 72% of Millennials prioritise ‘experiences’ over ‘things’ – which is great news for organisations looking to save cash while maximising the psychological contract of their staff. A cost-effective option is volunteering opportunities (the CIPD finds 93% of volunteers say it improves their skills too). TPP Recruitment donates five volunteering days to employees per year, which have included working with charity Spark! to give jobseekers mock interviews and supporting homeless project C4WS, which helps people back into work. Even the smallest firms can offer experience-based benefits. Last autumn Bagelman – a chain of four sandwich shops – launched its Future You Foundation – which puts 1% of annual revenues into a fund to help staff become “the best versions of themselves”. Says MD Anthony Prior: “Last October we did our first trip where I and a colleague climbed a mountain in the Alps for a day. It’s bucket list stuff – teaching people skills, or getting them out into the great outdoors.” Others give each employee their own self-development fund they can use for whatever they want. John Lewis famously lets staff use a number of holiday homes at a big discount, and others have copied this model. London boutique PR agency Velvet PR lets staff have the run of the boss’ Turkish villa for free.

The fact a third of employees would rather work flexibly than take a 3% pay rise (according to research last year by Investors in People) is proof the simpler things often work best. (Some 47% also cite flexibility as the most desired workplace benefit, according to CV Library.) The cost of flexible working is minimal as employees typically make up for it by working harder. Examples include Pepsi, which offers staff summer working hours where if they build up an extra hour’s work from Monday to Friday, they get Friday afternoon off. Comparethemarket completely shuts down over Christmas, giving staff an extra two weeks’ holiday that doesn’t come out of their allowance, while Jardine Motors is trialling new working patterns that let people work a normal five-day week instead of weekends (as is the norm for car dealerships). “It will cost us a bit more in terms of arranging staff cover, but we think it’s worth it for our 90% engagement score – which we benchmark as being higher than other retailers like M&S,” says Martin. Alex Arundale, group HR director at technology company Advanced says: “We’ve just introduced buying and selling holiday because it’s minimal cost, and we feel it really speaks volumes about the sort of culture we want to create.” Most companies protect how much holiday staff can sell, and normally allow them to buy more than they can sell. Charity CLIC Sargent for example lets staff buy up to five extra days’ holiday per year, and sell two; 12% typically take advantage of this.

Responding to modern families’ care needs, Facebook has just introduced six weeks’ paid leave for employees who need to care for a sick relative. They also have the option of 20 days’ paid leave to grieve the death of an immediate family member, and up to 10 days for an extended family member.

The 2017 Workforce View in Europe report finds pay is the thing most staff (47%) get out of bed for. But giving people money directly, or better financial nous, needn’t cost. Vouchers and money off deals will put cash straight into staff pockets at no cost to the employer. Provider P&MM says the average family saves £1,000 a year without changing their normal shopping habits through its access to offers. Other providers include Perkbox, part of Huddlebuy, which buys huge quantities of perks (e.g. 100,000 cinema tickets at a time), then offers them to companies to give to workers.

Debt consolidation benefits – which can also free up family finances, administered through payroll – are also springing up. But there are other low-cost financial services employers are looking into.

Metropolitan recently launched ‘Nudge’; an app that provides financial education ‘nudges’ – sometimes linked to events like the Budget – or reminders about savings goals. “The licence is highly cost effective. But we know it’s got massive appeal,” says head of rewards Jane Vivier. “On the first day we launched it 10% of staff signed up in the first seven hours.”

Best of the rest…

There’s a whole heap of other perks that don’t cost much but deliver great staff buy-in. Technology firm UKFast pays staff a retention bonus of £1,000 for five years’ service, rising to a tax-free £10,000 for a decade – a small price to pay considering the high cost of hiring someone new. At catering firm Lexington, people are dispersed and engagement is harder to manage. “We run LexTalk – an internal social media platform – where staff can share ideas and success stories,” says head of people Emma Langford. “We offer breakfast to help people get a good start to the day,” reports Anna Hickey, managing director at ad agency Maxxus. “On Fridays we finish at 4pm and we have a drinks trolley on Thursday, which is free but we ask people to make a donation to our charity.” She adds: “The breakfast has the additional benefit of incentivising people to get to work on time, while we also give them permission to take two hours out of the working week to exercise. This last perk has been by far the most successful benefit, as the one thing people don’t have enough of is time.” Meanwhile brewing company BrewDog lets dog owners bring their pets in to work (cost: zero). It noticed employees were using holiday to acclimatise new dogs. “We didn’t want staff to eat into their holiday so decided to offer a week’s paid ‘puppy leave’,” says people director Allison Green. “The only cost to us is the time off, but we know it makes our people less stressed.”