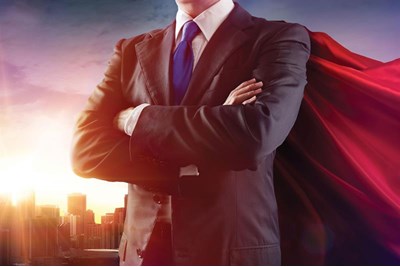 There is a growing trend for AI-augmented multidisciplinary roles, and HR should anticipate this shift now

‘Superjobs’ could create a more agile and fulfilling way of working, but HR must train people to become resilient to changes to their roles, according to research by Deloitte.

Leading the social enterprise: Reinvent with a human focus explored a new type of job emerging in the near future. Driven principally by certain parts of traditional roles being automated, these ‘superjobs’ would combine tasks previously associated with different roles while leveraging the productivity and efficiency benefits of technology – making roles more digital, multidisciplinary and data- and information-driven, according to Deloitte.

While Deloitte stressed that superjobs are mostly conceptual currently, it predicted they could make up 20% to 30% of roles in the next 10 years.

Data from the report, seen exclusively by HR magazine, found that half (48%) of organisations anticipate substantial changes or a complete redesign to work and jobs in the next three years. Additionally, half (49%) plan to rapidly change the way they hire as a result of automation, and 47% already use automation to augment existing work practices to boost productivity.

Will Gosling, partner and UK human capital consulting leader at Deloitte, said the concept is slowly springing up globally.

“This is new territory. There are not large numbers of superjobs across the UK, but we are starting to do away with static task-based jobs,” he said. “In China and Japan 98% of work is already being done by machines.”

Phil Coleman, a partner and head of workforce transformation at Deloitte, gave the example of the utilities sector.

“There are specific jobs in operations where people are required to use their senses – what they can smell or see – to assess gas leaks or pressure. With some of this being automated you can combine AI with the human judgement of the situation, which is altogether more sophisticated and accurate,” he said.

HR could be at the centre of this change through leading by example, said Deloitte. Predicted HR job titles include ‘workforce experience architect’ – someone who would work across the fields of productivity, engagement and employee brand – and ‘solution architect’, a role bringing together cross-disciplinary teams.

“This is 100% something we need to get behind,” she said. “We’ve started to do this already; AI has shown that it can do transactional parts of HR far more accurately. We’ve already started looking at what skills we need for the future so it’s not that this isn’t happening, it’s that we need to accelerate it.”

Deloitte’s research warned, however, that to move towards these superjobs there needs to be significant investment in skills. It found that while 68% of organisations believe their employees will need reskilling because of AI and robotics, just 18% anticipate needing to invest significantly in this area.

HR must build a closer alliance with those in technology to help people reskill, and recognise their social responsibility to do so, said Coleman: “People will need to receive more technical training to be able to do their jobs at a higher level. We know this isn’t easy – organisations are under pressure with costs. However... you have a clear social responsibility to do it.”

He advised HR to: “Sort out your own house. Look to technology and get involved in those areas in your organisation where these roles could be introduced.”

There must also be a subset of training to allow people to cope with change, he explained: “We need to train the workforce in their response to reskilling itself. For this change to be effective, we need people to be trained to be robust and open to learning and disruption in the workforce… The most important skill you can give people is resilience to change.”