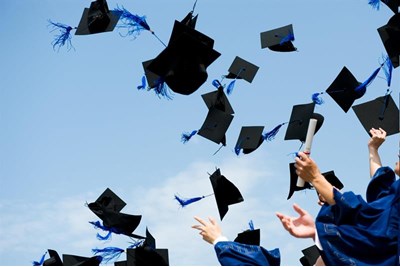 Almost half (48%) of students and graduates who left university in the past five years said they regret their decision to go to university, and 44% said they do not need a degree to do their current job, according to research from Barclays Apprenticeships.

The study revealed that 65% of young people felt under pressure to go to university, with 34% citing this pressure as coming from their parents and 19% from their friends.

Many (70%) felt their parents would have been disappointed if they hadn't gone to university, and when asked their reasons for choosing university almost a fifth (18%) admitted they only went to please their parents.

However, these assumptions don't tally with parents' perceptions, the research found. More than half (54%) of parents of students and graduates said they would not have been disappointed had their child not gone to university. In fact 71% said they would actually encourage their child to do an apprenticeship over a university degree, revealing a significant shift in attitudes compared to 2016, when 65% of parents felt university was the best option for their child.

The research suggested that parents are becoming increasingly knowledgeable about higher education, with 64% of the parents polled now aware of degree-level apprenticeships compared to only 17% in 2016.

Fear of not being able to get a job after university was a prominent worry for 42% of young people who did or are doing a degree. 58% cited improving their job prospects as the reason for obtaining a degree.

Educators’ attitudes also appear to be changing, with almost half (42%) of those surveyed saying teachers discussed apprenticeships as an alternative career route, compared to under a quarter (24%) in 2016.

Mike Thompson, head of apprenticeships at Barclays and a member of the government’s Apprenticeship Delivery Board, said that high levels of student debt have contributed to students forgoing traditional education routes.

“The significant increase in tuition fees and student debt has created a significant shift in attitudes towards university... It’s encouraging to see that students, parents, employers and teachers are all considering alternatives to the traditional university route, especially with the introduction of the apprenticeship levy opening up apprenticeship opportunities across the UK,” he said.

Thompson added that it is important to tackle outdated ideas surrounding internships. “We now need to work hard to further banish any stigma attached to apprenticeships, especially among students who may worry their parents perceive this as a ‘disappointing’ choice, which is simply not the case," he said.