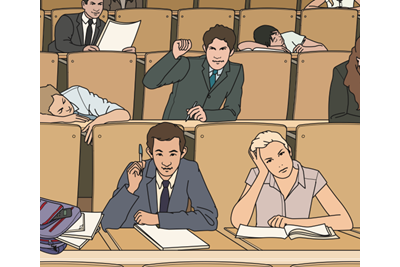 The majority of senior posts in public office and high-profile professions are held by people who went to private schools and on to Oxbridge colleges, according to a study by the Social Mobility and Child Poverty Commission.

Only 7% of the UK's population is privately educated and less than 1% went to colleges in either Oxford or Cambridge universities. But 71% of senior judges – along with 62% of senior armed forces officers – attended fee-paying schools.

In politics, more than half (55%) of permanent secretaries went to private schools along with one-third of the current cabinet. This is compared to 22% of the shadow cabinet.

Judges are the most likely to be Oxbridge educated – more than three-quarters (71%) have attended either university. Almost two-thirds (59%) of the cabinet were also educated in the UK's two most prestigious institutions.

Social Mobility and Child Poverty Commission chairman and former Labour MP Alan Milburn warned that the current demographic in top positions is "not a recipe for a healthy democratic society".

"Locking out a diversity of talent and experiences makes Britain's leading institutions less informed, less representative and ultimately less credible than they should be," he said.

"This risks narrowing the conduct of public life to a small few who are very familiar with each other, but far less familiar with the day-to-day challenges facing ordinary people."