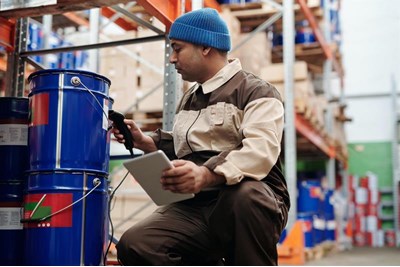 Men in six of the seven ethnic minority groups studied were more likely to be ill or unemployed than white men in 2011 compared to five of the seven groups in 1971.

Women in six of the seven ethnic minority groups had a higher rate of unemployment and sickness than white women. This figure was consistent between 1971 and 2011.

Saffron Karlsen, senior lecturer in social research at the University of Bristol and lead author of the paper, said the findings “appear in keeping with work exposing the ethnic penalty which continues to affect the access of minority groups to employment […] and the ways in which persistent racism limits access to positive socioeconomic outcomes including social mobility.”

The consistent nature of the data, Karlsen added, was enough to suggest that persistent racism is a problem produced and perpetuated at the societal level.

"Addressing these inequalities will not be resolved by a focus on particular individuals or cultures and their perceived limitations, rather the focus should be racism, discrimination and their consequences,” she said.

For Binna Kandola, senior partner at workplace psychology consultancy Pearn Kandola, the important thing to understand about the research is that persistent racism is covert, and it’s not new.

He said: “We’re not talking about minorities persistently being verbally or physically abused. In reality, the type of racism that they are likely to persistently receive in the modern workplace includes being ignored, interrupted or accused of overreacting when raising concerns or complaints.”

Deemed by psychologists as “modern racism,” Kandola said that this type of behaviour can have dire consequences.

He said: “Minorities will constantly check themselves in the workplace and feel excluded. They will struggle to join networking groups and make valuable connections, limiting their chances of advancing to high-profile roles within the organisation.

“To persistently receive this kind of treatment is exhausting, and eventually, many will even begin to suffer from what is referred to as racial fatigue. “

Comfort eating or excessive drinking as a result of racial fatigue can, Kandola said, manifest in a physical sense later down the line through health conditions.

He added: “It really is crucial, therefore, that we understand just how serious the consequences of persistent – or modern – racism actually are.”

Research by Catalyst, a non-profit that champions women in the workplace, has also found women of colour face an additional burden at work, called an ‘emotional tax’.

Allyson Zimmermann, Catalysts's executive director EMEA, told HR magazine: "Women, from non-dominant ethnically and racially diverse groups, may feel different from their work peers and this has consequences for their overall health, wellbeing and ability to advance."

In order to overcome these challenges, Zimmerman added that: "Organisations must make sure that employees feel safe speaking up in the workplace, and this includes not only women and people from non-dominant ethnically and racially diverse groups, but also the dominant group who need to feel able to stand up to any exclusionary behaviours, bias, or discrimination they may witness."

Led by the University of Bristol, the study analysed national census data on more than 70,000 people in England and Wales, comparing 1971 to data from 2011.