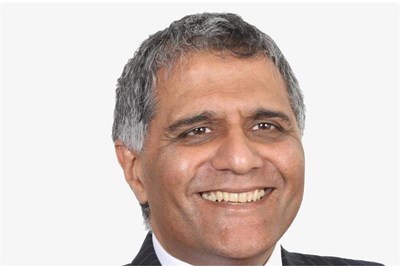 I think one of the many issues with the seemingly intractable issue of 'racism' is that it is often boiled down to individualised acts of abuse. No doubt it is abuse - however, the real racism comes ...

We’ve come a long way since the days when 60% of employed black women worked as domestic servants, but racism is not gone

The common belief that the struggle against racism has always existed, and that with every bold step forward ethnic minorities have achieved a greater social standing than they had before, is simply not true.

During the Egyptian, Greek and Roman empires, for example, differences in skin colour were noticed but no inferences were drawn from them. Racial prejudice as we know it today simply didn’t exist. It was noted that people came in a variety of hues, but only as an indication of where they may have come from.

It was around the 15th century that race began to be associated with intellectual and psychological attributes, with the start of the trans-Atlantic slave trade. Up until this period slaves could be of any colour – most were white – but the belief that those with darker skin were inferior and could be seen as property began to take hold. Bogus science, as well as obscure passages of the Bible, were used to reinforce the ideology of a hierarchy of races; with white people at the top and black Africans at the bottom.

Today there is a perception that the hierarchy has begun to level out, with racial prejudice believed to be receding into the past. However, this is not the case. In the workplace, for example, people from minority ethnic backgrounds still experience racism on a daily basis. Research that we conducted earlier this year found that 60% of black and 42% of Asian people have experienced racism at work, as opposed to just 14% of white people.

While one in five (20%) of those have received verbal or physical abuse, not all racism is as detectable. Nearly a third (29%) felt they had been intentionally excluded from work or social events because of their race. A further fifth (19%) believed that they had been falsely accused or criticised by their colleagues, with 59% feeling that their co-workers had made assumptions about their ability, character or behaviour based on their ethnicity.

Enormous strides have been taken but racism has not been eradicated. Instead it has mutated; finding new ways to survive. In addition to being characterised by hostile abuse and threatening behaviour, there are now subtle, nuanced forms of racism; detected mostly by the people on the receiving end (69% of black people and 53% of Asians have witnessed racism at work) but ignored, or possibly not even recognised, by perpetrators and bystanders.

It is commonly believed that to change societal perceptions we must start with those in their twenties and thirties. These people are thought to have enough knowledge of the world to understand the issues at stake but their opinions can still be influenced and moulded.

The sad truth is that the attitudes of this generation are already too far ingrained and when we reach a certain age we actually shift the responsibility onto those growing up in society and expect them to lead the charge. Biases start to take hold during childhood, so unless we are encouraged and led to reject them at a very early age we won’t move forward at pace.

One answer to this ongoing issue is to continue to encourage discussion. The more we do this the more attention we’ll draw to the fact that racism still exists. Currently debates on race are fractious, challenging and confrontational. This is why most of us choose to avoid the topic altogether; looking the other way until a case arises that we simply can’t ignore. Even then we may have no better response than to wring our hands and wait for other news to push whatever has made us uncomfortable out of the headlines.

We may have come a long way but there is still a lot to be done. First and foremost we need to recognise and deal directly with the new strain of subtle racism that exists today. Racism is not a thing of the past – yet. But we can make it so.

I think one of the many issues with the seemingly intractable issue of 'racism' is that it is often boiled down to individualised acts of abuse. No doubt it is abuse - however, the real racism comes when authority condones, justifies or rewards that abuse - no matter what the policy says. Another and probably more fundamental, is that 'racism' is an insidious systemic framework of 'advantage' and it has proved difficult to change behaviours/perceptions without first addressing the framework itself. Even the label of the issue itself, 'Racism'; is problematic as it as it readily accepts as credible, the quite nasty invention of the plurality of the human race, which accommodates, more subliminally, the invention of hierarchy.