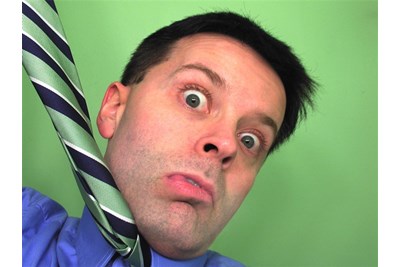 The dominance of negative management styles in UK workplaces is having a serious impact on managers’ job satisfaction, wellbeing and working relationships, according to a report comparing the mental and physical health of managers in 2012 with those in 2007 by the Chartered Management Institute (CMI) and Simplyhealth.

The CMI/Simplyhealth report, The Quality of Working Life 2012, surveyed 1,000 managers in 2007 and 2012 and paints a bleak picture of the impact of the recession on UK workplaces.

Compared with 2007, managers today are working longer hours due to larger workloads; increasingly suffering from ill health including stress and depression; and more likely to come to work despite being sick.

But coupled with this, negative management styles continue to prevail in UK organisations, with the most commonly reported being bureaucratic (45%), reactive (33%), and authoritarian (30%). The research highlights how these harmful management cultures are affecting UK businesses and holding back UK growth.

The recession also appears to have had a damaging impact on line-management relationships. In 2012, only 30% thought their senior managers were managing change well - down from 45% in 2007. Many other indicators of a strong working relationship also showed a fall, for example: the number of managers who felt their bosses were committed to supporting employee wellbeing declined from 55% to 39%; the percentage of managers who felt they were treated fairly by their organisation declined from 60% to 54%; and the percentage who thought their organisation was a good employer declined from 69% to 6%.

The report, written by Les Worrall of Coventry University and Cary Cooper at Lancaster University Management School, shows strong links between motivation and productivity but also that the most common management styles are those likely to demotivate. Managers rated having the respect of peers, autonomy, being trusted to make decisions and getting a sense of achievement from their job as the most motivating ways to work.

CMI chief executive, Ann Francke, said: "It's official: especially in a recession, authoritarian is out and empowering is in. It's more than just words - if you're a trusting manager and are good to your people you can reap big business rewards. If you're not, you're causing stress that is damaging the health of your people and the business."

Report author, Les Worrall FCMI, professor of strategic analysis in the faculty of business, environment and society at Coventry University, added: "The scale and impact of change over the last five years has been staggering as all of our key measures from the survey have deteriorated markedly since 2007. What is more worrying is that there seems to be no sign of economic conditions getting better - we are in for a worrying time if these trends persist into the future."

The report also found job satisfaction has declined significantly from 62% in 2007 to 55% in 2012. More than a third (36%) of the managers surveyed would leave if they thought they could find another job.