People in ethnic minorities at heightened risk of financial insecurity 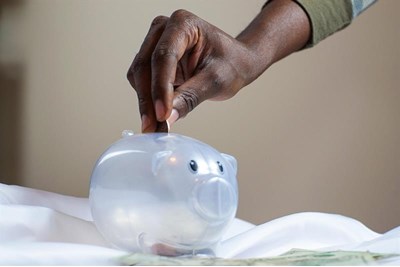 ​People from black, Asian and other minority ethnic (BAME) communities are more than twice as likely than the UK average to be out of work as a result of the ongoing coronavirus pandemic, according to new analysis from think tank IPPR.

As a result, BAME communities are facing a heightened risk of running into financial difficulties and debt because of the economic downturn, with 12% to 18% having reported they are struggling with money compared to 7% across the population as a whole.

Those from black communities had the highest relative debt levels of all borrowers according to the report, borrowing an average equivalent of 18% of their annual gross income, 6% more than the average across all groups (12%).

The findings add to a growing discourse surrounding the disproportionate impact the virus is having on ethnic minority communities, including the increased likelihood that the virus could prove fatal to BAME people.

While it is not HR’s role alone to stem the impact the current climate is having on minority ethnic groups, there are still steps people professionals can take to mitigate the risks.

Diversity and inclusion consultant Toby Mildon told HR magazine that it is important HR do their bit to reduce social inequalities.

He said: “They should look at the opportunities they are creating through employment and creating more inclusive environments to work in. If employers are making difficult decisions around redundancies, for instance, then they have a responsibility to ensure they do this in a fair and equitable way.”

As coronavirus has brought many social inequalities to the fore, he also argued that now is the time for employers to act.

He added: “HR practitioners need to increase their awareness in things like unconscious bias, privilege, micro incivilities and norms that can create divisions rather than a culture of respect and inclusion.”

Anna Round, IPPR senior research fellow and report co-author, added: “It’s crucial to understand how vulnerable different groups are to the growing risk of debt as a result of the coronavirus crisis.

“We are now undertaking further research that will enable policymakers to gauge what kind of interventions would best protect these groups, as well as others most vulnerable to the economic effects of the crisis.

“Action will be needed to prevent minority ethnic communities in particular from falling into a damaging spiral of financial insecurity and problem debt.”