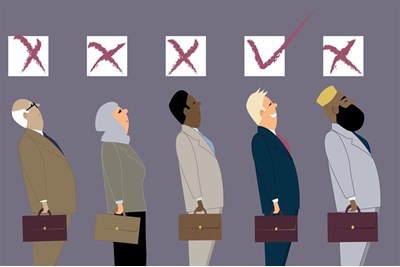 ​Sixty-one per cent of British people from Black, Asian and ethnic minority (BAME) communities have said that COVID-19 is exposing great inequality in British society, adding to a broader discourse surrounding D&I’s focus in the workplace.

According to a survey from anti-racism advocacy group Hope Not Hate, 76% of BAME Britons agreed that ethnic minority communities have been the most impacted by COVID-19, and 57% felt that the government has not done enough to protect them from the threat of the virus.

BAME communities were shown to face a higher risk of economic hardship than the national average, with 27% of the BAME poll saying they had to dip into their savings during the pandemic, compared to 19% of a nationally representative sample asked in June 2020.

Nic Hammarling, head of diversity at Pearn Kandola, told HR magazine that senior leadership’s response to these disparities would be critical to lessening the impact the aftermath of COVID-19 has on BAME communities.

She said: “The critical question is whether we can stop any of this from happening. Is it possible to protect diversity, instead of letting it fall by the wayside like in previous moments of crisis?

“If we don’t prioritise diversity and inclusion now, but try to tell everyone when things have settled down that it is important to our organisation, then people will see that line for exactly what it is – lip service.

“We also need our leaders to recognise how feeling threatened impacts the decisions that we make. In times of survival, we look for reassurance and familiarity. As a result, many will place the most trust in those who they can visibly see – and therefore feel – are like them, rather than opting for what are perceived as “riskier” options.”

A lack of trust in the government’s response to the crisis pervaded the results, with 62% of the BAME poll saying they thought the government had not dealt with the pandemic well.

This is compared to 51% of people of all ethnicities who agreed that the government has handled the situation poorly.

In response to the results, Hope Not Hate has called on government to rethink its action and interventions to take the disproportionate effect on BAME communities into account.

“It is vital that the government urgently prioritises a targeted public health strategy that bridges gaps between communities, reaches those most at risk and contributes to building better support networks across our society,” said Rosie Carter, senior policy lead at the charity and author of the report.

Since the start of the outbreak outreach charity Business in the Community (BITC) has also been calling on the government and employers to take action and protect people from BAME communities in the crisis.

Speaking to HR magazine, BITC race director Sandra Kerr said it was urgent that HR leaders ensure managers are checking in with their BAME employees, and that communications remain accessible to people from all backgrounds, considering that some may speak English as a second language.

She added: “Another key action is for employers to ensure any downsizing plans are monitored and does not disproportionately impact the representation of BAME employees within the workplace.”

Kerr also warned companies to avoid making the same mistakes during the financial crisis from 2008.

She said: “Employers taking action now provides an opportunity to ensure that we do not have a repeat of the historic disproportionate impact. Employers must adopt a targeted approach.

“Tackling racial disparities in the labour market is worth a £24bn annual income boost to the UK economy. This should be recognised as an urgent priority for action if employers are to effectively tackle the multiple challenges identified within this report.”

Hope Not Hate’s BAME Survey was conducted in July 2020 using a weighted sample of 1,001 BAME adults aged 18 and over across the UK.