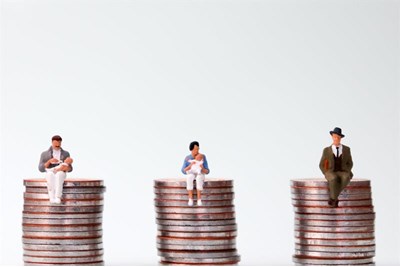 Stagnant pay due to low productivity continues to trouble the economy, despite UK employment remaining buoyant

Official figures released yesterday (17 December) found that while employment rates are steady low pay remains a concern in the UK.

The latest figures from the Office for National Statistics (ONS) found that the UK employment rate now sits at 76.2%, a new record high but only a 0.1% increase from the start of 2019.

Chancellor Sajid Javid gave a positive view of the findings: “There’s talent up and down this country – three-quarters of employment growth in the last year has been outside London and the South East. I’m looking forward to getting Brexit done and unleashing Britain’s potential, levelling up opportunity across the country.”

But while pay is still increasing, the growth has slowed in recent months because of economic uncertainty surrounding Brexit, the ONS' analysis suggested.

Nye Cominetti, senior economic analyst at the Resolution Foundation, noted that while the news of high employment will be welcome to the incoming government it can't ignore concerns around pay.

“Britain ends 2019 still hard at work after a record-breaking year of strong employment. Alongside rising pay and low unemployment this will certainly be welcome news to the new government," he said.

“However, the UK’s slowing economy has started to hit workers’ pay, reminding us that the labour market cannot be divorced from wider developments. British workers are reaching the end of the decade with their pay packets stretching no further than they did at the end of the last decade.”

Tony Wilson, director of the Institute for Employment Studies, echoed these concerns. He said that low pay in combination with low productivity could also cause problems: “[…] while real weekly average earnings are tantalisingly close to recovering to pre-crisis levels [there is now just £1 in it], the ‘lost decade’ in earnings has stretched to 11.5 years.

“Despite a pretty tight labour market, weak growth – particularly in productivity – combined with continued employer uncertainty is holding back growth in pay.”

Wilson said that to tackle this more must be done to support those who are ‘economically inactive’ or out of work due to illness.

“[Another concern] is the continued and seemingly inexorable rise in those out of work because of long-term ill health, with the numbers ‘economically inactive’ for this reason up by 90,000 in the last year to nearly 2.1 million – the highest it has been since 2015,” he said.

“With both unemployment and long-term unemployment falling, the labour market is getting close to its full capacity […] today's figures reiterate the need to act, and that this needs to be matched with both investment and reform.”

Meanwhile, the CIPD warned that the figures highlight the need for the government to introduce an immigration system that works for employers as the UK prepares to leave the EU.

"It’s imperative that the government’s post-Brexit immigration policy does not impose unreasonable restrictions on employers given the prevalence of skill shortages. In particular it’s essential that the introduction of an Australian-style points-based system prioritises employers’ skills and labour needs,” he added.

The news came as the government announced on Tuesday (17 December) that it would add a new clause to the Brexit bill to rule out any extension to the transition period.

The post-Brexit transition period – due to conclude in December 2020 – can currently be extended by mutual agreement for up to two years. However, an amended Withdrawal Agreement Bill, set to be voted on in the Commons this week, would rule out any extension.