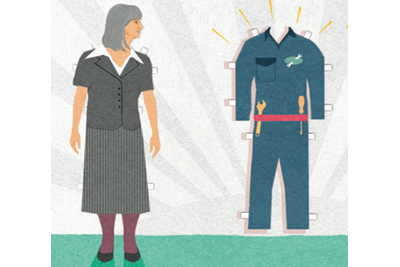 People over 50 have a higher chance of remaining out of work after losing a job than younger people, Business in the Community (BITC) research has suggested.

The report, The Missing Million: Pathways back into employment, found that 30.5% of people aged between 50 and 64 who lost their jobs found work again, compared to 38.1% of those aged 16 to 29.

Using data from the Labour Force Survey – a quarterly survey of private households – BITC found that the majority of people aged 50 to 64 had no change in economic activity over a three-month period, but around half a million (4.5%) did change their labour market status.

Of these, 44.3% left the labour market, either because they lost their job and did not start looking for another one, or because they had been job searching and gave up. A quarter (25.2%) became unemployed.

Age discrimination was cited as a barrier to finding work, and people aged 50 to 69 who had experienced discrimination said they felt their age was the main reason for being treated differently by employers.

The research also found that older people are more likely to use official support such as Job Centres to find work, with 16.3% of those aged 50 to 64 finding a place on a government employment or training scheme, compared to 12.7% of those aged 30 to 49.

However, there were no differences in job search method for those who found work after being unemployed, implying that Job Centres may play a role in discouraging older people from looking for work, according to the report.

More positively, older people are more likely to start their own business after losing their jobs (33% compared to 8.6% of those aged 16 to 29).

BITC director of age and intergenerational workplaces Rachael Saunders said the research clearly shows that those over 50 and out of work are less likely to get back into employment.

She added this is a “sorry state of affairs” and that “urgent action is needed” to reverse the situation.

"Not only are hard-working and highly skilled over-50s workers unfairly punished, but we as a country also lose out,” she said.