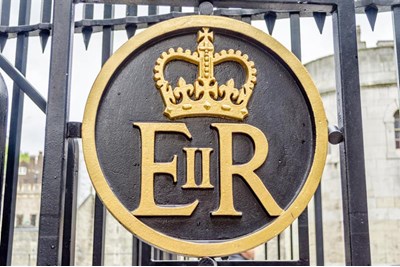 Few details were forthcoming on an immigration Bill, workers' rights or corporate governance

The Queen’s Speech has failed to offer much clarification on the UK’s future immigration policy, according to HR experts.

In the speech given in the House of Lords on 21 June, the Queen said the government was planning a new immigration Bill. “A Bill will be introduced to repeal the European Communities Act and provide certainty for individuals and businesses,” she said. “This will be complemented by legislation to ensure that the United Kingdom makes a success of Brexit, establishing new national policies on immigration, international sanctions, nuclear safeguards, agriculture, and fisheries.”

But Ben Willmott, head of public policy at the CIPD, said this did little to clarify any details about what the future immigration system in the UK will look like. “Research published this week by the CIPD and NIESR clearly shows that businesses are sounding the alarm on access to talent, and are very concerned that sweeping changes to immigration will leave them unable to access the talent they need,” he said.

“The government needs to address those concerns by consulting much more widely with business to ensure that the future immigration system serves the needs of the economy and allows organisations to access both the skilled and unskilled talent that they need.”

Employment partner at Baker McKenzie, Stephen Ratcliffe warned of the implications of delaying clarification. “The announcement of an end to free movement while allowing the country to attract the brightest and the best provides little in the way of much-needed clarity for employers and EU-27 nationals,” he said.

“The government must make this area a priority to avoid a potentially huge skills shortage. We have seen from our own recent research that a significant number of skilled EU nationals are likely to leave the UK regardless of the Brexit deal that is ultimately agreed, and this announcement seems unlikely to change their minds.”

The Queen also reaffirmed the government’s pledge for greater workplace equality, promising “further progress to tackle the gender pay gap and discrimination against people on the basis of their race, faith, gender, disability or sexual orientation.”

Petra Wilton, director of strategy for the Chartered Management Institute, welcomed this focus on inclusion. “It’s a relief to hear the promise to tackle gender and diversity issues front and centre of the Queen’s Speech,” she said. “The evidence is increasingly clear: diversity in the workplace delivers results. After the progress we’ve seen this year in tackling the gender pay gap, it’s encouraging to see the focus extend to addressing racial and other inequality in the workplace.”

However, questions were raised over no mention of corporate governance reforms and little detail, despite the Queen saying this government will seek to “enhance rights and protections in the modern workplace”, on workers' rights.

Richard Fox, head of the employment practice at Kingsley Napley, agreed. “I welcome the fact that the government has not wholly given up on its agenda for making the workplace fairer,” he said, adding though that: “It is unfortunately not clear if Mrs May’s previous enthusiasm for the work of her appointee Matthew Taylor on worker status is still somewhere near the top of her agenda. I hope so because this remains an important issue and I would suggest it is crucial to find time to deal with this.”

“It is disappointing the government appears to have dropped plans to reform corporate governance, as evidence suggests that executive pay is still out of kilter with that of the wider workforce,” said the CIPD's Willmott. “Too often a focus on narrow financial measures and short-termism means that there is a lack of investment in the long-term drivers of value – particularly the skills and wellbeing of the workforce.”

The Queen's Speech confirmed, however, that the National Living Wage will be increased so that those “who are on the lowest pay benefit from the same improvements in earnings as higher-paid workers”.