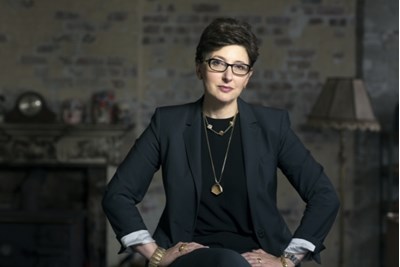 Can networking help you achieve peak performance? Julia Hobsbawn, the world's first professor of networking, explains why HRDs should make a 2015 resolution to prioritise their social health.

As the year draws to a close and the traditional Christmas party frenzy begins, don’t forget that this seasonal fun they call ‘networking’, involving funny hats and the drinks-laden party, is not the serious stuff that affects the bottom line.

Or to put it another way: senior leaders know that real networking happens all year long.

Earlier this year, EY asked me to write a white paper on the future of working and networking as part of its drive to futureproof its workforce. In the introduction, Liz Bingham, managing partner for talent wrote: “We believe this ‘soft’ skill is a ‘core skill’... We see the power that comes from strong global networks.”

The work we do at Editorial Intelligence looks at how the individual networker behaves in organisations that are beginning to focus on networking strategies as fundamental to increased productivity, retention and resilience in an increasingly challenging, complex world.

Gemma Lines, head of resourcing, EMEA, Citigroup told me: “Behaviours and competencies...have to change. We are looking for people who have curiosity and a global outlook – people whose networks are wide, who understand networking is the acquisition of knowledge and ideas, and whose knowledge is not just specialist but spans many disciplines. Our top people must understand complexity and dilemma, and this requires many perspectives...an appetite for change and a wide open mind.”

HR and talent professionals are often terrific internal networkers, as the bread and butter of the day job is so much about noticing and connecting people. But you need a mix of internal and external networks and the shape of those must be partly defined by strong HR leadership.

Although the first sociological studies of networks and social ties began in the 1930s, the sustained field of study in the area we now call ‘social capital’ has had fits and starts academically, with a big burst of thinking and ideas published around the birth of the internet, carrying through to today, which is enjoying more exciting innovation than in any other era.

I recently found a paper published in 1996 by Valdis Krebs, one of the leading thinkers in social network analysis and its impact on organisational behaviour. He predicted then what McKinsey more recently called “fully networked enterprises” but said that the key was doing things completely differently to what had been done before. “Companies that operate more like jazz ensembles than classical orchestras will fare better,” he predicted.

Around the same time US sociologist Wayne Baker published his seminal book Networking Smart: How to Build Relationships for Personal and Organisational Success. He noted the hugely successful and productive programme GE had created around networks and collaborative behaviour. The GE programme revolved entirely around networking patterns and processes and resulted in cost savings and productivity hikes, including a reduction on some product cycles of more than 25%.

Networking has to happen at a personal level and it has to spread laterally across organisations, building knowledge flows, sharing information, and building confidence and connections. Think of it as a kind of fitness. It is custom and practice to allow physical fitness in your organisation and your own schedule. Why not your networking fitness too? Interestingly, the GE programme was called Work-Out.

All networking is personal. It is about human chains of connections, both to other people and to ideas. The greater the diversity, the greater the rewards – one of the key findings of the classic 1973 paper ‘The Strength of Weak Ties’ by US sociologist Mark Granovetter.

The biggest personal challenge we all face is time. How to manage the tsunami of information overload, meetings and deadlines, and email mountains? These all make people instinctively feel that networking is a waste of time. The opposite is the case.

The academic who has perhaps most influenced the shift in thinking about networks as a leadership function is Herminia Ibarra, Cora Chaired professor of leadership and learning and professor of organisational behaviour at INSEAD. In 2007, she co-wrote a paper in Harvard Business Review entitled ‘How Leaders Create and Use Networks’ in which she defined networking as “creating a tissue of personal contacts to provide the support, feedback and resources needed to get things done”. One of the keys, according to Ibarra and co-writer Mark Lee Hunter, is to “accept that networking is one of the most important requirements of a leadership role”.

Her words were echoed earlier this year by Reid Hoffman, founder of LinkedIn, in an interview with Wired magazine. “The employee should realise that their professional network is one of the key assets that can boost their long-term career prospects,” he said. “The employee ought to tap their own individual network to advance their employer’s business because who they know...can be just as valuable as what they know”.

Just this year two Italian academics, Fabio Sabatini and Francesco Sarracino surveyed 50,000 Italian households and found that wellbeing and happiness levels in those people who had face-to-face connections rather than purely electronic and online connections were far higher.

I recently interviewed the evolutionary anthropologist and psychologist Robin Dunbar (whose ‘Dunbar Number’ of 150 is widely used as the maximum number of ‘friends’ anyone can have and keep up with) and he echoed this thought about how wellbeing is linked to face-to-face connection with fewer people who you trust and who you can build out your networks from.

This is also evidenced by an Editorial Intelligence survey of our network, which showed that 88% of respondents think that networking is about building relationships that yield various benefits over time. The World Health Organisation lists physical, psychological and social health as the three key indices of wellbeing. Networks and networking, knowledge systems and knowledge exchange are all part of social health.

So, by all means interact over wine and crackers, but make a New Year’s resolution to join the growing band of senior leaders who put social health and networking front and centre of their agendas for 2015.