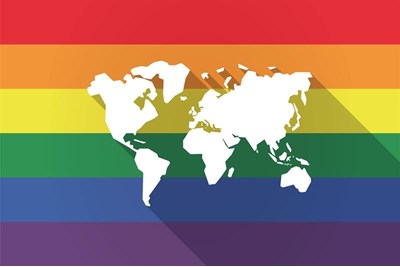 LGBT equality charity Stonewall has announced its list of the top global employers for 2020.

Commended for their outstanding commitment to LGBT equality on an international scale, the list includes Zurich Insurance Group, HSBC, BP and GSK, alongside a slew of leading law firms such as Allen & Overy, Pinsent Masons and Bryan Cave Leighton Paisner.


Awards are granted based on a set of criteria outlined by Stonewall’s Global Workplace Equality Index (GWEI).

Its aim is to focus on aspects like internal policies, ally programmes and training on top of the power organisations have for more widespread political change.

Speaking to HR magazine, Pete Mercer, Stonewall’s head of global partnerships, said: “There are two aims here – there’s an aim to make sure employers are meeting their obligations as equal employers wherever they are in the world […] but there is a wider objective as well that employers as institutions can be quite totemic and can be quite powerful in terms of establishing wider societal norms.”

Anti-LGBT legislation still exists in 70 countries around the world, and 120 countries don’t have any laws protecting LGBT people from employment discrimination.

Countries such as Poland, which has introduced LGBT-free zones, have regressed in attitudes toward the LGBT community.

Stonewall chief executive Nancy Kelley was therefore keen to stress the importance of the work done by these global employers.

She said: “The progress we’ve made towards LGBT equality has never felt more fragile, so it’s inspiring to see the work our top global employers are doing to protect and support their LGBT staff in some extremely difficult contexts.

“We know that getting this right isn’t easy, but it is vital – especially because not all parts of the world are progressing at the same pace.”

For any employers seeking to improve LGBT inclusivity, Mercer said the first step is to “get your house in order.

“Step one is to ensure that you have a really firm anti-discrimination policy that ensures LGBT people, alongside other protected characteristics, are protected - so that anybody putting their head above the parapet to engage in LGBT work within their organisation can do so safe in the knowledge that their organisation will have their back.”

He said this should also apply internationally, so that wherever LGBT employees are in the world, they are protected, regardless of legislative differences from country to country.

In the UK specifically, one of the largest challenges Mercer said LGBT employees face is the idea of having to ‘come-out’ and reveal their sexual orientation or gender identity multiple times in the workplace – always gauging whether to tell colleagues, bosses or clients, and how it will be received.

In response, he encouraged organisations to think about the environment their employees are working in, and to take steps to make sure it is open to people divulging their orientation and identities should they want to.

The full list of Stonewalls’ Top Global Employers for 2020 can be found below: