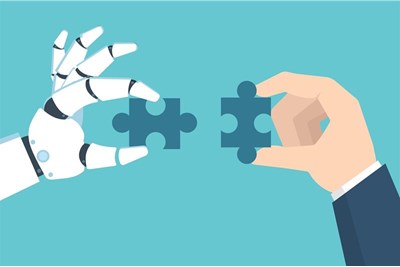 Employee engagement on AI could improve business performance by up to 9%, COO of Microsoft UK Clare Barclay told HR magazine.

Barclay cited a minimum 5% increase in performance among organisations that had been piloting AI technology. “Organisations that took an ethical stance in the way they integrated automation alongside their employees and really focused on the culture and the involvement of their workforce performed up to 9% better than those not using AI technology,” she added.

Barclay was speaking on the findings of new research by Microsoft and Timothy Clement-Jones, chair of the House of Lords Select Committee on Artificial Intelligence. Maximising the AI Opportunity found that 32% of the 1,002 business leaders surveyed are unsure how to prepare their staff for the introduction of AI.

Barclay said that the rapid pace of technological advancement had caught businesses off guard, but a lack of employee engagement could see them lag further behind.

The report, released at Microsoft’s Future Decoded event, states that organisations need to look at the digital transformation of a business as a collective journey not one dictated by senior management.

“When we’ve seen organisations apply [AI] they get the most benefit when they've done it with strong cultural considerations and involved their people," said Barclay. "They’ve really listened and responded to the changing nature of the workforce and what skills are going to be needed, so their employees have completely bought into the cultural and change journey that they're going to be on.”

In spite of fears around change and job losses, 59% of the 4,020 employees also surveyed were open to experimenting with AI. However, just 18% felt they had the right skills to do so.

“Employees felt that [AI] could make the work they do more interesting, less mundane and they could focus on the things that would add the most value for their organisation,” said Barclay.

Her advice to businesses preparing for AI was to ensure that employees have clarity and are engaged through training and feedback. “HR leaders actually play a critical role in that the time for action and engaging their employee workforce really is now," she said. "They can't wait five years to look at this.”