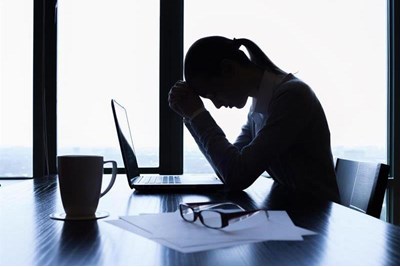 We have always stressed the importance of communication and good relationships within a team on a personal, not just business level. Mental health solutions often offer sticking plasters when it's ...

New research by Aetna found a third (35.8%) of employees in the UK, the U.S., Singapore and the UAE admitted to having lied about sick days

Unfortunately, 22.6% workers said they felt forced to lie because they didn’t think their boss would understand.

Employees were also found to be twice as likely to take time off for a physical health issue than a mental problem (66% vs 34% respectively).

Across all regions, only 29.9% of employees took zero sick days last year, suggesting that workers are either rarely ill or decided to work despite their illness.

Kris Karsten, head of human resources at Ceridian, told HR magazine it’s in everyone’s interests to foster an environment where these types of discussions surrounding mental health can happen openly.

He said: “Employees need to feel confident their conversations will be treated sensitively - and won’t be used against them at a later date. Employers must make their guidelines and responsibilities clear around mental health across all levels of the organisation, and take every opportunity to promote best practices and positive discussions.

“A good example is for leadership from the top to actively engage in conversations around mental health, and personally support staff facing these issues. When people see this happen, they will feel it’s safe to speak up and seek the assistance they need.”

Mental health has typically been seen as less important than physical health, which may explain the data.

Speaking to HR magazine Ben Avis, chief commercial officer at tech platform MYNDUP, said: “It’s easier to go with a reason that is perceived to be more readily understood, as opposed to a condition that is no less clinically real but has the perceived danger of being considered an excuse.

“A prerequisite to being more honest about mental health comes down to both employers and employees developing an equal acceptance of the damage mental health conditions can actually have on people and the fact that it can present itself in many different forms because we are all individually unique.”

Despite employers’ concerns over a return to work, Karsten argued that coronavirus had offered employees the chance to reflect on what works best for their mental health.

He added: “Virtual working has helped to push employers to offer greater flexibility, slowly shedding a culture of presence. This may sound strange to people not affected by anxiety, but it shows the range of experiences and conditions employers need to consider if they are to care for and support their workforce.

“It’s highly likely that many different groups of employees with different health conditions may need assistance getting back to the office when the time comes, so employers should be thinking and planning for that now.”

We have always stressed the importance of communication and good relationships within a team on a personal, not just business level. Mental health solutions often offer sticking plasters when it's too late. Connection and warmth need to start asap, not once relationships have crumbled.