Lies about qualifications common among jobseekers 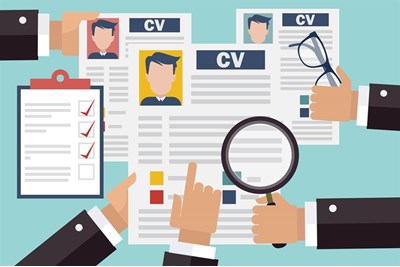 I am surprised that the article doesn't make reference to the fact that obtaining a job by lying is a criminal act and people have been jailed and fined for this. "Obtaining Pecuniary Advantage By ...

Almost 100,000 job applicants have lied about qualifications in the past three years when attempting to secure a job

This is according to a survey from AXELOS, a joint venture between the government and Capita. It found that 14% of HR professionals said they had dealt with at least five incidences within the last three years of employees not holding the qualifications they had claimed to – the equivalent of around 100,000 jobseekers.

More than half (53%) of the respondents said that poor performance was the most significant risk from under-qualified staff. Reputational impact was the second most important issue, with more than a quarter (26%) of those surveyed listing it as the main risk in accidentally hiring someone not properly qualified.

The report also explored the costs incurred. Nearly 40% of companies claimed to have spent more than £10,000 in the last three years rehiring staff after employing someone who wasn’t properly qualified, and 9% said they had spent more than £40,000.

Despite this, almost half (48%) of those polled said they do not always check that an applicant’s qualifications are valid. If exaggerations are uncovered, however, 37% said they would dismiss the individual. This increases to more than half (54%) if a job applicant outright lies about qualifications they do not hold and is later found out.

John O’Brien, head of membership at AXELOS, warned of the damage that can be caused by employees who lie about their qualifications.

“In an increasingly competitive jobs market there are clearly many people who are willing to exaggerate or lie to win that much sought-after role,” he said. “So it’s hard to believe so many organisations do not routinely check the qualifications of job applicants.

“Lies can quickly get out of hand – it can soon become apparent that the individual is having difficulty meeting the expectations set out in the new position. While the employee could face their contract being terminated the employer has a lot to lose; both financially and in terms of its reputation.”

I am surprised that the article doesn't make reference to the fact that obtaining a job by lying is a criminal act and people have been jailed and fined for this. "Obtaining Pecuniary Advantage By Deceit" is a criminal act