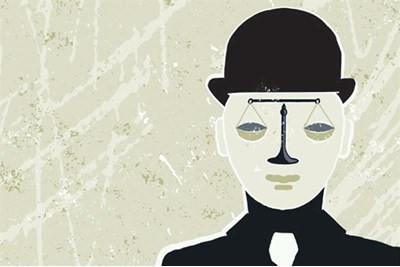 This is an interesting case I note in newspaper articles at the time the Police said that due to reductions in budgets there was less helicopter support available. Criminals were clearly aware of ...

A recent case involving a police dog-handling assessment and aptly-named police dog Hulk has brought helpful reminders of the issues to be aware of to avoid claims of indirect discrimination. In Carter v the chief constable of Gloucestershire and others the employment tribunal found that the recruitment assessment was discriminatory on the grounds of sex.

The claimant was a serving police constable. She applied to be a dog-handler. The assessment included a run around a challenging three-hour course comprised of steep inclines and descents and lifting dogs over obstacles. With no break the candidates then had to carry their dogs for more than 70 metres uphill. Carter was initially given a dog called Hulk that weighed 35kg to carry. She couldn’t lift him at all after her previous exertions and ultimately failed the assessment.

The employment tribunal held that the assessment was a provision, criteria or practice (PCP) that put women at a particular disadvantage compared to men. The police could not show that the PCP was a proportionate means of achieving a legitimate aim, and consequently were guilty of indirect discrimination. Women were significantly underrepresented as dog-handlers within the respondent’s force and the number of women applying for the posts was also noticeably lower.

Interestingly the College of Policing had set out in its reports that fitness tests could be potentially discriminatory on the grounds of sex and noted that any derogation from the standard test they set could carry a risk of legal challenge. The dog-handler test was tougher than the College of Policing’s standard test and put women at a group disadvantage. It had not been set as an aptitude test, and was purely fitness based.

Although the tribunal found that the police had shown a legitimate aim, it said that the stringent nature of the assessment could not be justified. At least half of the dog-handlers currently serving had not carried out the test nor would they be required to. Therefore the test was not appropriate or necessary.

This case is an excellent illustration of the importance of thinking through the need for certain practices or criteria, which may negatively affect a group of people, putting them at a particular disadvantage. Indirect discrimination can be justified, but only if it is to forward a legitimate aim and is proportionate in doing so.

Arwen Makin is a senior solicitor at ESP Law, provider of the HR Legal Service

This is an interesting case I note in newspaper articles at the time the Police said that due to reductions in budgets there was less helicopter support available. Criminals were clearly aware of this and were now more likely to run to as they perceived there was now a reduced likelihood of arrest. As a consequence they were having increasing numbers of long distance cross country chases of suspected criminals by dog handlers on foot. At the same time there was an increased incidence of suspected criminals wounding police dogs in the course of them carrying out their canine duties. The Police foresaw the need for dog handlers to be able to lift and carry an injured dog back across country to the road where the police dog handlers van had been left. Whilst the court did not accept this argument for introducing a more demanding physical fitness test it does not stop this situation from potentially arising in the real world. The implication is it is acceptable to leave a wounded animal in pain for a longer duration than is strictly necessary ( at risk of the potential death of the animal) whilst waiting to find an adequately fit person is found to attempt to carry the wounded animal back to the road side. A sad state of affairs.