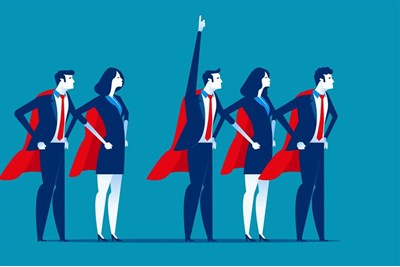 Leaders need to go back to basics and focus on six key practices, says Ron Ashkenas

The fundamentals of being a great leader have and will always remain the same, according to Ron Ashkenas, co-author of Harvard Business Review Leader’s Handbook and partner emeritus at Schaffer Consulting.

Speaking to HR magazine about the new book, Ashkenas said: “No matter how much the world has changed and no matter the context of organisations and technological change, the core fundamentals of leadership are the same. If you want to be a leader or a better leader you need to keep looking at those core fundamentals and identify where you need to keep learning because those aren’t going to change.”

He explained that the problem is that there is so much advice and literature about leadership that leaders today “find it hard to separate the signal from the noise”.

“We call it the silly season – like you can choose between do you want to be a Gandhi or a Genghis Khan and read a book about them but it’s silly, no-one can be a great person in the same way someone else was a great person,” said Ashkenas, adding that there are other theories that list 18 or 29 leadership competencies, meaning people don’t know where to start.

This inspired him and co-author Brook Manville to explore what the fundamentals are and take a “back to basics” approach to leadership, he explained. Their approach disputes the popular belief that because the world is changing leadership must also change.

“The world is changing fast, organisations are global and have to be more nimble and agile, and so because the organisational world is so different leadership supposedly has to be different,” Ashkena said. “But what we began to realise was that even though it’s a new world leadership has to remain the same – it’s sort of timeless.”

What’s timeless about leadership, he continued, is that it remains about “bringing people together in some sort of organisation around a common goal”.

“It’s true we have to do things faster, on a more global basis, and have to use technology, so they all require different techniques and tools. But underneath it all leadership is the same enduring core principles,” he said.

Ashkenas cited six fundamental practices leaders must deploy and practise throughout their careers. These include: uniting people around an exciting, aspirational vision; building a strategy for achieving the vision by making choices about what to do and what not to do; attracting and developing the best possible talent to implement the strategy; relentlessly focusing on results in the context of the strategy; creating ongoing innovation that will help reinvent the vision and strategy; and knowing and growing yourself so that you can most effectively lead others and carry out these practices.

On creating ongoing innovation, Ashkenas warned that many leaders are reluctant to stop and change something when it’s going well, but that if they don’t the company may not be fit for the future. “So how do you constantly reinvent yourself? That’s a leadership challenge to create time and bandwidth to move forward,” he said.

Leaders at start-ups and less conventional organisations should also follow the six practices, Ashkenas advised. “They might do them without a jacket and a tie and in a different kind of space, but they still have to do all of this,” he said, adding that one of the challenges leaders at start-ups face is that “once they get a little bit of success leaders then don’t know how to go back and assess whether the same people they needed to start it are the same they need to scale it.

"That’s the reason many start-ups hit a wall as leaders don’t go back and realise they need to look at those six things all over again.”

However, no leader does all six practices perfectly all the time, Ashkenas conceded. Instead it’s about dialling them up and down at different points in their careers and depending on the needs of the organisation. “There’ll be different moments in the organisation where some of the six are needed more desperately than others – it’s not a straight line, but continuously looking at the six and saying ‘where do I need to focus and develop myself? What’s most important for the organisation at this point in time?’” he said.

Focusing on these practices doesn’t mean leaders can’t have different styles. “Everybody has their own personality and style so how they do these practices can be very different,” he said. “Each dimension has to adjust for speed and agility as well.”

When asked whether the same fundamentals will still stand in 100 years’ time, Ashkenas said he believes they will.

“Never say never or forever but I think the fundamentals of what it takes for people to come together and work on common goals will remain more or less the same,” he said. “If we think back over 500 years our technology has evolved. But it’s still the same human beings, so leadership being about mobilising human beings will remain about the same.

“The context will be different but leadership will be the same.”