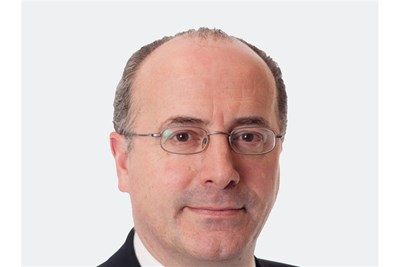 Remuneration issues raised in the Corporate Governance Code are certainly relevant to public services, and it is time they were debated.

Part of the problem is that political and media commentary on executive pay in the public sector concentrates on how much senior people get paid. As a result, public service organisations are now typically unable to compete with the private sector for talent. The most extreme example is the senior civil service. Here the remuneration of a senior director is worth on average only about 35% of a similar position in the private sector once salary, incentives and benefits are taken into account.

There is much less comment on the divergence in pay between different parts of the economy – about how people are paid, rather than how much. For chief executives and directors of major Plcs, the minority of their potential package comes from salary and benefits; it mostly depends on performance.

The latest Financial Reporting Council (FRC) code pushes this further: there is renewed emphasis on linking remuneration to the long-term success of the company. Remuneration committees are asked to ensure they can withhold or recover incentives if payment turns out to be inappropriate.

Public sector strategy is very different. There has never been much appetite for linking pay to performance. The limited incentive schemes that exist have focused on annual and personal achievement. In the past four years these have been withdrawn or not put into practice.

The remuneration of chief executives and directors is now typically fixed; comprising mainly of a salary and pension. There is no relationship between the long-term performance of public service organisations and what their leaders are paid.

Of course, there are people who argue that performance is very difficult to define in the public sector, which can be true. However, it is the board's job to set those goals: they have to define direction and clarify what is expected. If they do that well, it should be possible to create a link to remuneration. Many public sector bodies, such as hospitals, schools, local authorities and universities, lend themselves very well to medium-term performance scorecards.

Some say paying for performance is contrary to the culture of public service. In that case however, maybe it is time to change the culture. Senior managers in the public sector would naturally prefer to get a fixed amount rather than varied remuneration. But citizens might reasonably ask why these managers don’t have a stake in the organisation’s success – why they can carry on earning the same, irrespective of business performance.

Change in this area is not easy. It will require courage from politicians and remuneration committees to challenge the preconceptions of civil service leaders. Nonetheless, it is time to connect public and private sector remuneration. They don't need to be the same, but the public sector should be more open to different approaches to pay and reward.

Executive remuneration in public service organisations should be flexible, linked to collective performance and based on a longer timescale. Remuneration committees can still reflect the needs of their sector and business, while taking a cue from the FRC code.

Peter Smith is a director at Hay Group