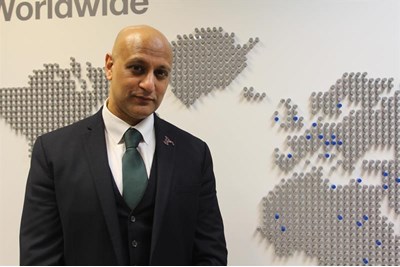 Is The Apprentice racist was the question posed by the Guardian this week, after seven BAME candidates were fired in seven weeks.

The first season winner was Tim Campbell, a black candidate... so surely not?

Let’s get some perspective: 15 seasons have featured diverse candidates of various ethnic backgrounds, ages and social classes from across the UK, so at initial glance the show presents an equal opportunity to one and all to progress through demonstrating leadership, teamwork, creativity, time and resource management (in short: business skills).

But one BAME winner in 15 years does not look so great. Perhaps they're simply not talented enough? (I’m being facetious.)

The process involves two teams competing against each other. The losing team’s elected leader decides who comes back into the boardroom where one will be fired by Alan Sugar.

So the process picks who is in the firing line, right? Yes it does. But Sugar makes the final decision. As such the show epitomises what is wrong with diversity and inclusion approaches wherein the talent pipeline allows for diversity, but a lack of inclusion means that only certain ethnic groups prosper in the workplace because of bias, unconscious or otherwise.

I was with current (Iasha Masood, Dean Ahmed) and former (Jasmine Kundra) Asian Apprentice contestants at the Asian Apprenticeship Awards 2019 a few weeks ago, speaking on a panel on the subject of diversity and inclusion. Away from the heavily-edited, pressure-cooker, ‘car-crash’ TV show, I found them to be articulate, intelligent and competent professionals

This is of course not in itself a surprise as the after show always allows candidates to be presented in a more ‘real’ light. The bold brash statements are just part of the package that helped get them on the show in the first place. And after all it is exactly that: a show - with highs and lows, tears and laughter - so is more entertainment than a true reflection of the world of work.

Unfortunately with the BAME firing rate and lack of BAME winners it seems the show suffers from the same ailments as the business world, however. BAME talent find themselves up against a white superiority complex which comes from a colonial mindset or having a privileged upbringing surrounded by people just like you. This is compounded partially by an inferiority complex among the BAME community: a fear that they are not good enough. So they do not put themselves forward which becomes a self-fulfilling prophesy.

The Guardian reported that 43% of BAME people felt overlooked in job applications or promotion decisions at work. This correlates with research from the Joseph Rowntree Foundation which affirms that ‘people from ethnic minority groups are often disadvantaged in the labour market, more likely to be unemployed, are over-represented in poorly paid and unstable jobs, and are less able to secure opportunities for job progression or employment which matches their skills and abilities.’

John Parker’s report into the ethnic diversity of UK boards in 2016 underscored that the boards of FTSE 100 organisations don’t reflect the ethnic diversity of the UK population or of their stakeholders. In 2017 Ruby McGregor-Smith’s review Race in the Workplace highlighted the economic value of BAME individuals as being £24 billion through improved participation and progression.

Coming back to the question: is The Apprentice racist? It’s not a black and white answer (pun intended). The Apprentice is ultimately 'just a TV show' so to describe it as racist ascribes accountability it's not capable of possessing, and ducks the real question.

Organisations are not racist, people are. I am not going to conclude that any individual is racist but will note that actions speak volumes. And ‘if it looks like a duck, walks like a duck and quacks like a duck...'

But in true showmanship style I will let the audience decide.

Shakil Butt is founder of HR Hero for Hire