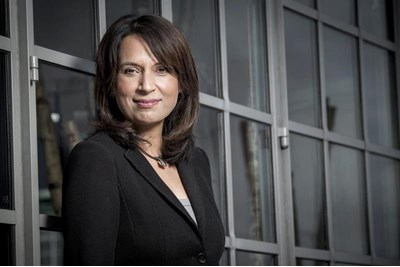 The dominant corporate culture is white, straight, male. We in HR have been willing to discuss two of those attributes and have run away from discussing race. In working with clients, I realise that ...

The government should oblige large organisations to publish their ethnicity data by salary band, a government-backed review has said.

Race in the Workplace has been published as part of the McGregor Smith Review, led by former CEO of Mitie Ruby McGregor Smith, the first Asian female CEO of a FTSE 250 company.

It calls on the government to legislate to require listed companies and those with more than 50 employees to publish a breakdown of their race statistics, ideally by salary band, in their annual report and on their website. It also calls on employers to publish their aspirational targets around race, and be transparent about progress and accountable for delivery.

Though it welcomed the report, the government has ruled out legislation on an ethnicity breakdown and instead recommended a voluntary approach.

Business minister Margot James said: "Outdated attitudes or lack of awareness about ethnicity in the workplace must be challenged." But she added: "We believe... the best method is a business-led voluntary approach, and not legislation, as a way of bringing about lasting change."

The government’s official response to the report stated: "We believe the case… made in [the] report is compelling and expect businesses will want to comply. We therefore believe a non-legislative solution is the right approach for now."

But McGregor Smith stated in her report that: "No employer can honestly say they are improving the ethnic diversity of their workforce unless they know their starting point and can monitor their success over time. Simply stating a commitment to diversity or establishing a race network is not sufficient to drive lasting change."

She stated: "We have seen with the gender pay reporting requirements that where employers are required to collect and publish key data they will take action. For that reason I believe it is essential that as well as collecting this data all large employers must publish their workforce ethnicity data annually."

If people from black and minority ethic (BME) backgrounds participated and progressed in the workplace at the same rate as their white peers it would add £24 billion to the UK economy, the report claims.

It says that BME people only hold 6% of top management positions in the UK and that the employment rate for ethnic minorities is only 62.8%, compared with an employment rate for white workers of 75.6%. This, the report says, is down to conscious and unconscious bias from the recruitment process onwards, reinforced by "outdated processes and behavioural norms".

Other recommendations in the report include: firms set five-year diversity targets and appoint a board member to deliver them; the government creates free online unconscious bias training; employers roll out mandatory unconscious bias training for employees at all levels; and employers ensure all senior leaders have a clear diversity objective, reject non-diverse selection lists and aim for diverse interview panels.

Frank Douglas, CEO of Caerus and former NED at the CIPD, told HR magazine that he found it “sad that in 2017 we are just discussing this issue and that the government has refused to consider mandatory reporting".

“If not now, when?” he asked. “Most companies have no specific programmes or quite honestly interest in tackling lack of BAME progression and retention. Hopefully this report will galvanise the C-suite, and more importantly the HR profession, into action. Too many companies define diversity as gender. Discrimination, in all its forms, needs to be tackled at the same time, not in a sequential manner.”

Douglas warned however that he would “caution companies from rushing into 'sheep dip' unconscious bias training,” explaining that “organisations need to understand what in their particular culture are the unwritten rules that hinder progression.”

The dominant corporate culture is white, straight, male. We in HR have been willing to discuss two of those attributes and have run away from discussing race. In working with clients, I realise that the most difficult first step is just an open discussion about BAME/race challenges. It is not acceptable to say 'our focus is only gender currently.' Therefore, we must be willing to move beyond 'denial.' It is 2017 and you and me both know that this issue has NEVER been discussed in (most of) your organisation. With the Parker Review, the Policy Exchange and now the McGregor-Smith -- what is the answer you will give to your BAME manager who asks 'what are we doing."

Should BAME acronym be axed?