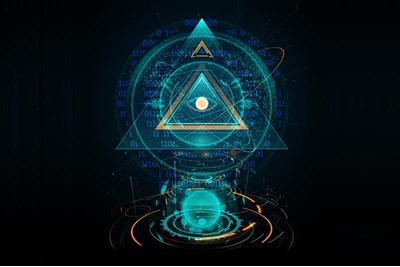 Lexy has some great insights on this and I like her suggestions on the analytic HRBP (also see https://www.visier.com/clarity/secure-the-right-hr-business-partner-manager-for-the-future/ ). However I ...

HR business partners (HRBPs) are a critical part of people analytics adoption, according to a panel at the Unleash Conference and Expo in London

The panellists shared their advice on upskilling HRBPs and ensuring they’re not obstacles to analytics adoption.

“You don’t just put analytics in and immediately get value,” said Lexy Martin, principal, research and customer value at Visier, adding: “We are asking HRBPs to be evangelists for people analytics, and in some cases they are not even strategic yet and in many cases they don’t have data or analytics in their repertoire.”

A key way Experian has overcome this is every HRBP having one or two targets within their KPIs around people analytics, reported global head of workforce analytics Olly Britnell. These are directly linked to their bonuses, he reported.

He added that “capability across the business partner population was very mixed” when his company turned its attention to this. Part of the solution was to elect an HRBP to be a people analytics champion so they could help others. Also key was training that involved case studies or “war stories” around real-life people issues. “It’s framed very much in the context of: it’s about D&I, it’s about attrition,” he said. “That’s started to build a lot more appetite among HRBPs.”

Britnell added that restricting people analytics systems access to “HR folk” has been helpful in “forcing HRBPs to have accountability” here. “The reality is: if we gave that to managers they’d be able to use it better than the HRBPs,” he said. “So we ensure these questions are getting answered by the business partners.”

The HR entrepreneur: The next step on the HR journey?

Global head of people and data analytics at Dentsu Aegis Network Ben Bartl sounded a more hopeful note around HRBP capability. He said he was keen to avoid “BP bashing”, reporting a session at his company where HRBPs were given “graphs and materials for them to go away with”.

“It was amazing how many were very comfortable telling a story and pulling that story together and creating something… [but] historically in the organisation people had said BPs aren’t data-savvy,” he said.

Bartl added that it wasn’t necessary for HRBPs to be hugely technical, as long as they understood enough to inform their practice: “There are a lot of things the BPs can do and I don’t think I expect them to know Excel. I want them spending time with the business, coming up with hypotheses to bring back to the analytics team to deal with”.

Britnell agreed it was about thinking: “How can that data be visualised in a way that conveys something quickly, instead of people having to understand how they got there”.

Leandra Griep, expert people analytics and insights generation at Merck Group, said that getting HRBPs and business managers “in a room together” to discuss analytics is crucial. That creates “real appetite in the business that HRBPs then need to keep up with”, she said.

Griep said Merck also empowers line managers to get to grips with people data themselves, however. She said a monthly ‘Did you know?' campaign had worked well, which provided a “direct link to the technology, so managers can immediately access and look at their own part of the business” to see how that compared to the headline stats provided by Griep’s team.

“We don’t call it HR analytics, we call it people analytics on purpose. Because it’s not about HR as a function but the business and its people,” said Griep. She said that people analytics sitting within her organisational development team supports that emphasis.

“One of the big things for us was taking people on a journey with you as you’re designing some of these different projects,” said Bartl, adding the advice to not get “too big a group” but still enlist “a group you can bring along with you” to sound ideas and functionality out with as you go.

Lexy has some great insights on this and I like her suggestions on the analytic HRBP (also see https://www.visier.com/clarity/secure-the-right-hr-business-partner-manager-for-the-future/ ). However I think the most critical part of becoming a “data-driven” strategic HR business partner is still the strategic partner part not the data part. Most data HRBPs report in the business currently is really transactional and if all we do is start doing analytics on this it's not going to take us any further forward. The key need is therefore still driving a better alignment between business and talent strategies and understanding the insights which will support this. In larger teams there should be a specialist who can then provide that insight. Too much focus on data will detract a BP from their focus on strategy and partnering that they really need.