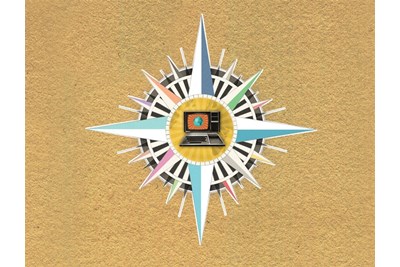 Organisational design and development is becoming all the rage among the most savvy multinational companies. HR magazine asks why and what role HR can play

When brewer SABMiller was born in South Africa more than 100 years ago, it was to produce beer for gold miners in Johannesburg at the height of the country’s gold rush. Since then, a lot has changed for the formerly local beer maker. For one thing, it’s now the world’s second-largest brewer.

That growth hasn’t been easy. During the apartheid era, SAB was forbidden from investing outside South Africa. Once apartheid was abolished, it invested in emerging eastern European markets, gaining a foothold there. In the early 2000s, it merged with US beer-maker Miller, and it has recently acquired breweries in countries as diverse as Colombia and Australia.

“We have a portfolio around the world, a mixture of developed markets and fast-growing markets with their own specific challenges,” says Ollie Roberts, SABMiller’s head of HR, corporate offices. “Now, we are a global business rather than a South African multinational.”

As SAB Miller’s story demonstrates, globalisation can bring huge success for savvy businesses, but it also brings challenges. Running a multinational was never going to be the easiest job in the world, but now it’s even trickier.

According to the Corporate Research Forum (CRF) report ‘Emerging Approaches to Organisation Design’, by Susan Mohrman and Gillian Pillans, increasing competition, interconnectedness, globalisation and pace of change are compelling global companies to rethink their structures. The paradox, says the report, is how to find new sources of growth worldwide at a time when shareholder demands and tough economic conditions are forcing companies to become more cost-efficient.

Many multinationals are turning to organisation design and development for the answer, centralising functions and implementing company-wide networks. The Roffey Park Institute, which offers programmes in organisational development and helps companies manage change, says it has seen greater interest in OD in the past four years.

“They might want operational efficiency or cost reduction, they might be centralising or decentralising. What they are increasingly interested in is ensuring that whatever change they make leads to long-term behavioural change in the way they do things. It is that dimension in which people have become more interested in the past few years.”

Finding the right organisation design is a big enough challenge for a global business. There is no one-size-fits-all approach. But once a design takes shape, implementation and managing the transition is often the thorniest part of the process. HR naturally has a huge opportunity to take a leading role in helping design the organisation and improving effectiveness – but is the function managing to do so? The scale of the challenge is immense, and striking the balance between global and local – ‘glocalisation’ – adds another tricky aspect.

It’s a challenge SABMiller is currently grappling with: designing the perfect structure to support global growth. The brewer is undergoing a radical shift in the way it is organised, moving from a decentralised multinational to a globally integrated business.

Traditionally, SABMiller has grown via mergers and acquisitions with a structure that places a great level of local autonomy over business functions. But in July, a global IT function was launched. There is also a global procurement function. Other functions, including parts of HR, are set to follow.

Roberts says the driving force behind centralising these functions is to maximise cost-efficiency, improve service delivery and better manage risk. “The role of the MD has changed quite fundamentally. In the past, MDs were really a general manager,” he says. “In their region or country, they would be responsible for manufacturing, distribution, sales and marketing, as well as back office, IT, finance, HR and corporate affairs. The way of the new world is that the MD is responsible for marketing and sales. So you want them focused on the market and driving up volume and revenue.”

There are transactional parts of HR that can typically be centralised, he adds, such as payroll, benefits administration, and pensions administration to a degree.

Group HR specialists in OD, L&D, talent management and compensation and benefits help set out the HR strategy and the frameworks and governance around it. SABMiller’s five-year plan is to eventually introduce a global business services centre.

Centralising certain strategic areas, as SABMiller is doing, is a popular approach for multinationals. Take Vodafone. Historically, the company based its organisational design on locally managed businesses, but pressure to provide competitively priced services has led to it building a global telecommunications network and integrated mobile capabilities, while preserving local responsiveness.

Vodafone developed several vertical global functions, including technology and supply chain, and is looking to centralise more strategic growth areas, such as its Global Enterprise business unit, which focuses on large business customers.

It also centralised its supply chain to bulk up buying power. This required technology standardisation, leading to a central technology function. Shared services have been implemented in HR and finance, and the company is moving towards centralised customer operations, products and services development.

“It needed to centralise these to remain competitive,” explains Mohrman, who studied the company for the CRF report. “It is now moving its product and market strategy more towards the centre without losing a local identity.”

She adds that getting the process right is critical. A common mistake in OD is to make superficial design changes that amount to “shuffling the organisation without going through the processes of a new structure”, she says, and not adequately defining how structures work laterally.

Smaller multinationals in on the act

The group has grown from five hotels to 10 in the past three years and plans to double in size in the next five years, including expanding into South America, the Middle East and Asia. “A lot of the challenges we’ve had are around the different practices, such as financial, and trying to get [all the hotels] on a common IT platform,” says Eugenio Pirri, vice president of people and organisational development.

However, he adds that the most important aspect of managing such change is getting new hotels on board with the parent organisation’s values, culture and mission. “We recently took over a hotel in Rome that has been around for 120 years,” he says. “When we came in, we had to bring all of our own IT and financial systems. But once we were able to get the cultural piece, the rest of it went smoothly. We did the transition in six weeks.”

SABMiller’s Roberts agrees it is often not the nuts and bolts of the OD itself that present major challenges, but the implementation and transition process. It’s about  “winning the hearts and minds, and understanding the nuances and the cultural difficulties around making this kind of transition happen”, he says.

“It’s fair to say there were some people worrying about what the impact [of the restructure] would be on them,” he adds. “If they have control of something, even if it’s not something in which they are a functional expert, there is a degree of comfort around knowing they have certain levers they can pull.”

He cites the example of the MD of a national brewery losing control of his IT function and having to place trust in a global management structure, and a functional management structure, which may not have the same agenda or priorities. “There may be a degree of cynicism, but more broadly there’s a degree of nervousness around losing control,” he says. “I think that is going, but it takes a long time to disappear.”

Communication and transparency are critical to overcoming this “cynicism”. Mohrman says it’s important to have clarity over who makes decisions and the chain of command, and to have effective and on-going communication throughout the process. In practice, SABMiller involved regional MDs, financial directors and CIOs in the change management process, more than a year before the IT function was globalised.

“We went into it knowing you can’t communicate enough, but what surprised us all is exactly how much you need to keep talking to people,” Roberts says. “We find that big conceptual arguments are accepted quite quickly. It’s more around the daily interactions where debate and discussion or potential conflict points will come up.” He adds that reward and pay can throw up tensions, especially areas such as deciding who makes the final call on whether local employees should receive a pay rise or promotions.

“The worst thing that can happen is you resort to fighting out arguments via email or other proxies, because that just damages the relationship,” Roberts explains. “There will be difficult points, but it’s about sitting around a room with your counterparts at a regional and country level, listening to them, responding to their concerns and agreeing principles beyond high-level decision rights. That investment in time has always helped.”

Pirri agrees that there will always be some pushback when integrating hotels and trying to get them to adopt centralised systems and support. “There’s the worry they will lose the historical background of the way it was done versus how it is going forward,” he says. “Every country likes to do it their certain way, and they always have a reason as to why it needs to be done that way, such as local legislation. But, if you dig a bit further, everything is possible. Often, it’s just a matter of going over there, listening to their concerns and finding where the link will be.”

This is where HR has a real opportunity to make all the difference. Roffey Park’s Stearman says one of the main pitfalls for companies attempting to overhaul their OD is “poor participation” – in other words, imposing the new structure on employees rather than involving all parties from the outset.

“[It’s a mistake for it to be] more of a top-down activity, which is defined by the leadership and rolled out to employees,” Stearman says. “You need spaces for participation: enabling sufficient participation in shaping what the future looks like.”

That future, for most international companies, will involve a cocktail of global and local functional structures. Getting the right mix of design and talent management is vital in a borderless business world, and HR has an increasingly important role – to not only help come up with new blueprints, but also to help companies implement change.