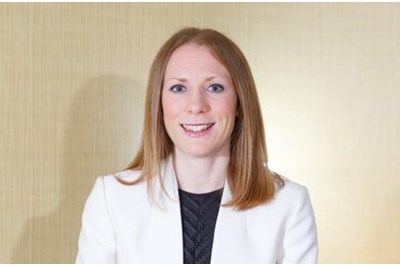 There’s been a lot about dress codes in the press recently; with leaked emails from the BBC revealing strict requirements about the appearance of its newsreaders, and a city receptionist sent home for refusing to wear high heels. Most recently Goldman Sachs has announced its decision to relax its dress code to allow certain employees to wear casual clothes throughout the year.

The policy will apply to the bank’s technology and engineering staff and is designed to help them attract the best new IT and technology talent. Many businesses in the technology sector, such as Google, already allow their workers to dress casually and Goldman Sachs' decision reflects its desire to compete.

The move within professional services organisations to allow staff to 'dress down' on certain days is also indicative of the wider trend towards more modern working practices. Employers are beginning to realise that people are just as productive, if not more, when they are comfortable and relaxed at work.

One has to question why Goldman Sachs has only relaxed the dress code for its technology and engineering staff. It is perhaps a missed opportunity not to roll the policy out across the board, particularly given the decision of a number of rival banks to introduce more casual dress codes. It seems to me if Goldman Sachs wants to be able to attract the best it is going to need to move with the times. Imposing unnecessarily strict dress codes is likely to prove a turn off to both new talent as well as existing staff. Allowing individuals the opportunity to express themselves can boost staff morale, which not only helps to increase productivity but also makes the workplace more attractive.

Employers sometimes underestimate the value employees attach to workplace issues like dress codes. It’s therefore essential that organisations take time to speak to staff about their dress code, take on board any concerns, and ensure that everyone understands non-compliance is a disciplinary matter.

Whatever dress code an employer seeks to implement they need to keep potential discrimination issues in mind and ensure that their requirements are proportionate to their aim.

While most employees will accept that dressing a certain way for work is part of the job there will always be some that push back. If this happens and an employee isn’t following the dress code first discuss the issue with them in private and allow them to explain their point of view. If this isn’t sufficient they should be given time to comply before disciplinary action is considered. If they raise legitimate concerns about the policy you should take the time to consider the nature of their complaint before deciding on the appropriate action.