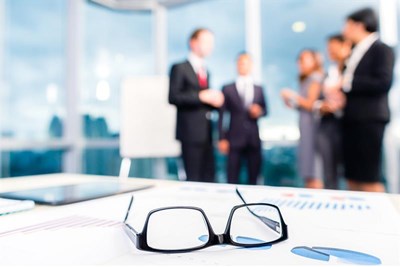 Directors and managers are wasting almost three days on average a year in unproductive meetings, according to research from software company Perivan Technology.

On average, respondents said they participated in three meetings each week. A significant 42% said they believe they are attending too many meetings, while 47% had noticed that the number of meetings they're being asked to attend has increased in the last three years.

Meetings were cited as lasting an average of 50 minutes, meaning the typical director or manager spends around two-and-a-half hours in meetings each week. Respondents said just over half of their meetings were spent productively (54%), meaning at least 65 hours per executive are being wasted in unproductive meetings each year.

When it came to why meetings were unproductive, more than half (51%) cited documents being missing, incorrect or out-of-date. Close to a third (31%) said they are aware of erroneous decisions having been made in meetings as a direct result.

Cary Cooper, 50th anniversary professor of organisational psychology and health at Manchester Business School, told HR magazine that part of the problem lies in a lack of training about how to handle meetings.

"We don't teach people how to chair them," he said. "They don't time the items on the agenda, they don't stop one person talking constantly, they don't have a clear objective. It is worse if the person chairing the meeting is a senior leader as they are unlikely to get negative feedback on their performance.

"This can cause stress indirectly, as things pile up in your in-tray while you are caught up in meetings. I think the British probably spend far too much time in meetings."

Nick Roi, managing director of Perivan Technology, agreed a chair is valuable in ensuring the meeting is productive. “With the C-suite spending more time in meetings than ever before there’s a greater need for discussions to be managed productively,” he said. “To prepare for a meeting only to find that the incorrect documents have been issued or that you’ve debated a topic based on false information; the impact goes well beyond wasted hours.

“There’s little doubt that collaboration, workflow and management technologies can improve company processes, but it’s important that companies get the basics right as well. The meeting chair should actively encourage productivity and preparation, and lead from the front in this regard. The purpose of meetings should be assessed and measured to ensure the desired outcomes are achieved; a level of transparency that reveals the true value of meetings should be given to improve business meeting culture.”