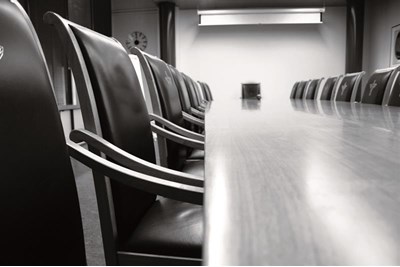 Technology now dominates the boardroom agenda, according to research by the London Business School’s Leadership Institute and Harvey Nash

The International Board Research Report found that, for the first time in four years, corporate governance is no longer the top priority for board executives, falling instead to third place behind cyber security and digital transformation respectively. Cyber security is now the top concern for 72% of board members compared to three years ago when it came fifth in the same survey.

The change in boardroom priorities is thought to be a reaction to the increased number of corporate cyber attacks suffered by the likes of British Airways and Ticketmaster, as well as a response to the introduction of the GDPR.

“A number of companies have been caught out publicly and people have asked ‘where's the board in all of this?’,” Randall Peterson, professor of organisational behaviour at London Business School and academic director of its Leadership Institute, told HR magazine. Peterson added that the reputational and financial damage to firms caused by such attacks has prompted a greater sense of urgency among boards.

The report also found that, while board members may agree on their priorities, they often disagree on how to address them, with 84% citing task-related conflict as occurring ‘sometimes’ or ‘all the time’.

According to Christine de Largy, chair of UK board practice at Harvey Nash, this level of conflict is a good thing. “One of the things all boards are striving for is to make the best decisions, and we know that the best decisions will happen with the more diversity of thought we have,” de Largy told HR magazine.

De Largy reported that the key to turning conflict into a successful outcome is not allowing it to descend into the personal. “Personality clashes are a kind of symptom of people's feelings when conflict is not properly resolved,” added Peterson. “It doesn't predict forward but it's more like a rear-view indicator.”

Such conflict is also leading to an increase in ‘offline’ conversations where board members are meeting in more informal settings such as at lunch to discuss topics off the record. Peterson pointed out that while such meetings can provide an opportunity to resolve conflict and get things done, they can also undermine the very diversity of thought that conflict can stimulate if managed positively.

“When it goes offline because you want to avoid a particular conversation at the boardroom table or you want to present something as fait accompli and you're just going to vote about it... you're shutting down diversity, you undermine the buy-in that the whole process is meant to try to create,” Peterson warned.