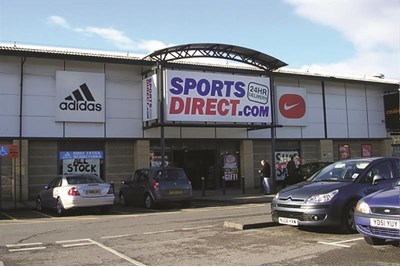 Of all the potential suitors that stepped forward to rescue iconic British department store House of Fraser (HoF) from administration in August, the most unlikely candidate was Mike Ashley and Sports Direct. Although Ashley has established a significant stake in HoF over the years, he built his business empire on the ‘pile it high sell it cheap’ retail principle, which has seen sales at his chain flourish.

The most striking thing about the news was the juxtaposition of two seemingly polar-opposite business cultures. At one end: a 169-year-old department store packed with luxury goods targeting aspirational shoppers. At the other: a volume-based sporting goods chain that has invoked the ire of unions, the press and the public on more than one occasion for treating its workforce poorly.

And the Sports Direct/HoF deal isn’t the only recent major business takeover. At the end of August it was announced that global soft drinks behemoth Coca-Cola had snapped up UK coffee chain Costa from Whitbread for a whopping £3.9 billion. Both these deals potentially present major issues as parties look to merge business cultures that have been built up over many years.

So what role can HR departments play when business takeovers of this ilk occur, to ensure integration runs as smoothly as possible and that the best bits of company culture from the acquirer and the acquired are maintained?

First off, worker rights concerns over Sports Direct acquiring HoF have probably been overstated, feels co-founder of the Centre for Organisational Renewal Norman Pickavance. He points out that Ashley has other offshoot businesses but keeps them very much separate from his main operation. The challenge, he says, is Ashley ‘getting’ the different HR approach needed at a luxury brand, as well as the difference in operational and commercial realities.

“If you’re spending your money on bricks and mortar you have to provide a superior service, which means you have to have a superior relationship with your staff if you’re looking to sell these high-end items,” he says. “That’s the challenge for Ashley. If they try to implement a Sports Direct culture [at HoF] to sell high-end goods that will not work.”

The first big question, according to Gemma Dale, co-founder of The Work Consultancy and former UK HRD at Tunstall Healthcare, is whether or not legislation like TUPE applies, and all of the requirements that flow from there. If individual brands and company structures are to be retained it will involve a lot less practical work. But if the businesses are fully merged it presents a range of issues around policies and procedures through to contracts of employment.

Regardless of the legal situation, “early and plentiful” communication is critical. “Where there are gaps in communication anxiety will increase within the organisation, and people will seek to fill those gaps themselves – if necessary with rumours and supposition,” says Dale. “HR and internal communications need to ensure that there are effective messages and methods of communication, including creating space for employee voice and questions. This plan must include senior leadership visibility and presence as a minimum.”

It’s a view shared by Pickavance, who worked on a number of mergers during his career as an HRD. He points to three steps that must be followed.

“One, give people a sense of clarity on things that you can be clear about. Two, involve as many people as you can so that people feel their voice is being heard. Step three is about performance – what are the metrics that we are collectively going to work towards,” explains Pickavance. “You’ll be surprised how many mergers don’t do any of those three steps or get them in the wrong order.”

Then its back to that tricky matter of cultural outlook. “You could argue that culture is not an expressed term, but in a lot of organisations culture is enshrined in the way the business manages its employees and the company’s policies and terms and conditions reflect what the organisation wants to be,” says Alan Price, group COO of Peninsula.

He adds that in the case of HoF – which he describes as a “very forward-thinking people-focused business” – because it fell into insolvency many of the protections that would have been in place had it been sold as a going concern do not exist, which means that Sports Direct could in effect impose its own will and cultural ethos. However, in agreement with Pickavance, Price warns that this would be a major error.

“A lot [of acquiring companies] want to buy the assets, the clients and the brand. They don’t necessarily want to buy the people. But in huge takeovers a lot of the time you inherit the staff, so if you impose a change in culture or policies the natural position is people tend to get defensive,” he explains.

That said, it’s important to note that many businesses – like HoF – are acquired because the company has failed, so preserving the existing culture isn’t necessarily always going to be the best way forward for the acquired business.

“There are times when it is better to simply start again – going back to basics on mission, vision, values and ways of working – and create something entirely new that everyone can buy into,” says Dale.

Pickavance agrees. “Inevitably when two organisations of the scale we’re talking about come together something new gets created. One of the really important things is involving people within the organisations in question as broadly as you can to find out what is best about the existing culture, what they would like to see retained and what they would like to see improved.”

This is where HRDs have a major role to play, according to Jonathan Maude, chair of the UK/EU employment law committee at Vedder Price, who has just worked on a merger with a client. He says that the HR team were instrumental in making sure the deal went through smoothly.

“There were a couple of things in particular they did that were vital,” says Maude. “They were very much involved in the pre-acquisition due diligence process, which enabled them to get a full understanding as to how things were operating and what was happening in the [target] business.

“As a result they were able to understand a little bit more about the culture of the business so when the company bought it they were in a position to deal with it. It’s about being forewarned and forearmed and getting under the skin of a business at the earliest opportunity.”

Ashley may have his work cut out to turnaround a struggling department store juggernaut like HoF. But if he heeds the advice of HR experts who have integrated different business cultures in the past, he stands a chance of making a success of it. Whether he will heed such principles, of course only time will tell.