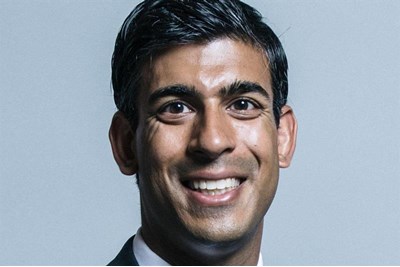 Chancellor Rishi Sunak has hailed the government's Coronavirus Job Retention Scheme (CJRS) a success but Labour has called for a successor to the scheme as well as a ban on “fire and re-hire” methods.

At the peak of the CJRS in May, 30% of the workforce across the UK was furloughed with HMRC statistics showing that the number of employments furloughed peaked at 8.9 million on 8 May, with 9.6 million employments in total furloughed for at least part of the period between March to June.


But new data from the Office for National Statistics (ONS) shows that the share of the workforce furloughed fell to 11% by mid-August and will likely have fallen further since.

The ONS Business Impact of Coronavirus Survey also shows that the flow of employees off furlough has been steady, falling by 6% in late July and a further 6% in early August.

ONS data showed that less than 1% of the workforce was made redundant in every two week survey period over the summer.

Speaking earlier this week as he visited pottery firm Emma Bridgewater, which has recently returned nearly all of its furloughed staff to work, Sunak said: “As today’s official employment figures show, the furlough scheme has done what it was designed to do – save jobs and help people back to work, where they want to be.

“We were clear at the start of the pandemic that we couldn’t save every job, but the furlough scheme has supported millions of workers and we want to help employers keep people on.”

He also used the visit to raise awareness of the £1,000 Job Retention Bonus, which kicks in from November and is aimed at supporting companies returning staff to work and rewarding them for keeping them in their jobs.

But speaking at the Trades Union Congress' annual conference earlier this week, Labour leader Sir Keir Starmer called on the government to provide a successor to the furlough scheme to avoid the “scarring effect” of “mass unemployment,” and echoing earlier calls from the CIPD to do the same.

Starmer made an "open offer" to work on a plan with Prime Minister Boris Johnson, including targeted support for the sectors that have been most affected.

“We all know the furlough scheme can't go on as it is forever, we've never suggested that, but the truth is the virus is still with us, infections are rising, lockdowns are increasing, and for some sectors of the economy – retail, aviation, hospitality, and there are others – for millions of workers, and for towns and cities under restrictions it just isn't possible to get back to work or reopen businesses,” said Starmer.

“So it makes no sense at all for the government to pull support away now in one fell swoop, but with a bit of imagination, and if we act in the national interest, a better approach is possible.”

Starmer also called for "fire and re-hire tactics," where workers are issued redundancy notices and then offered new contracts on worse pay and conditions, to be outlawed.

“Although the Job Retention Bonus has been launched to incentivise employers to bring employees back from furlough, it is questionable whether this will be enough for businesses in real difficulties. This is an incredibly challenging period for employers and longer-term strategies and support will need to be implemented to help tackle unemployment.

“As a result there has been increased calls for the CJRS to be extended for specific sectors such as hospitality, or for alternative support to be put in place, such as the schemes used in France and Germany.”