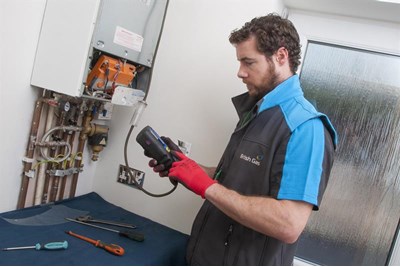 Other firms may now face legal claims over the inclusion of commission in holiday pay, lawyers have warned

British Gas has lost a legal battle that could result in a flood of claims against thousands of UK businesses from employees who earn commission.

The dispute between British Gas and a sales employee known as Mr Lock focuses on whether the energy company was right to pay him and other staff who earn commission just their basic pay after they returned to work from a holiday. Lock argued his salary should have been enhanced to reflect the amount of commission he would have earned if he was in work rather than on annual leave.

He earned a basic salary of less than £15,000, but was eligible for and made substantial commission. During annual leave he was paid basic pay and the commission earned in earlier periods, but on returning his pay was lower as he could not earn commission while on annual leave.

The European Court of Justice (ECJ) said that normal remuneration included commission, and the Court of Appeal also found in Lock's favour, and ruled that commission earnings must be taken into account when calculating holiday pay. However, commission only needs to be included in holiday pay for the first four weeks of holiday, not the additional 1.6 weeks' holiday provided by UK law.

Kate Hodgkiss, employment partner at DLA Piper, said she expected this result. "Given the direction of travel in cases like this over the past few years the result doesn't come as a surprise,” she said. “Most employers – if they haven't put measures in place already – will have been pessimistic about the outcome and for that reason we can assume they will have been prepared.

"The lack of clarity in the judgement will be the biggest blow here and it's disappointing to see that detail around the practicalities is severely lacking. It's not just the cost of the benefit that employers should be concerned about but the physical cost of calculating and implementing pay, which is going to cause the biggest headaches."

“This ruling means thousands of workers whose remuneration includes commission that is regularly earned or receive similar payments should now have their holiday pay calculated in the same way as workers whose pay varies according to how much work they actually do,” he said.

“Commission will have to be included in the calculation if the worker can establish that taking a holiday realistically prevented them from earning commission.”