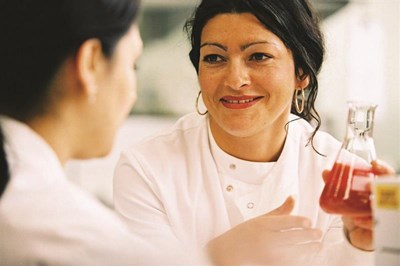 Cancer Research UK is a cancer research and awareness-raising charity whose vision is ‘to bring forward the day when all cancers are cured’. The charity’s three focuses are: scientific research into the prevention, diagnosis and treatment of the disease; fundraising; and influencing government policy related to cancer and research. It employs 4,038 people but also relies on a workforce of around 40,000 volunteers.

Unpaid internships have been a particular bone of contention in the UK in recent years, with the Taylor Review calling for an end to ‘exploitative unpaid internships, which damage social mobility’. In April 2018 the Unpaid Work Experience (Prohibition) Bill was brought to the House of Commons to ban unpaid internships lasting more than four weeks. Charities are notoriously heavy users of unpaid interns and, thanks to what some cite as a loophole in minimum wage law, they are legally permitted to take on unlimited numbers.

“We’ve always been able to attract a high quality and quantity of applicants to our internship programmes,” says Rebecca Minter, head of talent (acquisition and development) at Cancer Research UK, adding that the charity takes on about 70 to 100 interns a year across three 12-week cohorts.

But because the programme was unpaid, “accessibility to the scheme wasn’t as fair as it should have been” – something that was evident in the lack of diversity among applicants.

“To be able to come and do a 12-week unpaid internship in central London meant we were hiring a fairly homogenous group of interns… white, middle class, with Russell-Group university backgrounds,” says Minter.

This meant the intern demographic wasn’t representative of the communities the charity works with. “Cancer doesn’t discriminate. It affects people from all backgrounds and walks of life and therefore we want our workforce to be reflective of UK society,” she says.

Internships have long provided an entry route for individuals wishing to carve out careers at the charity, with around a quarter of each cohort moving into permanent or fixed-term paid positions at the end of the 12 weeks. So this lack of diversity at intern level was having a knock-on effect on the diversity of the wider workforce.

At the time the HR function and the executive board were defining the charity’s first equality, diversity and inclusion (EDI) strategy. As part of an analysis of its existing demographic it was decided that one of the priorities must be to increase BAME representation. So the executive board and HR made the bold move to become the first big UK charity to pay all interns the National Living Wage.

But to roll this out HR first had to consult with different parts of the organisation to build a proposal on how it could be achieved.

As well as the obvious stakeholders – such as finance for the financial implications and HR for employment contracts – it was important to consult stakeholders involved with the volunteer community and the volunteers themselves.

“There was much debate around how it would affect our volunteer population and around what constitutes the difference between a paid intern and a volunteer,” says Minter. “So it was important to test it out with the volunteers themselves… rather than going to them with a decision already made and selling them on the end goal.”

It was critical to agree on clear definitions for the roles of interns and genuine volunteers, and thereby on what qualifies one being paid and not the other. “We worked with stakeholders across the charity, in particular the community development and volunteering team who are responsible for engaging with and working with volunteers, to set out the criteria that would distinguish between the two,” she says.

Key differences highlighted were that interns have contractual relationships with the charity including agreed working hours, their work represents roles that exist in the organisation, they have performance reviews, are assigned line managers, and receive training and support. Whereas volunteer work is based on trust, flexible working patterns and has no set duration.

This provided clarity over when it’s appropriate to use an unpaid volunteer and when the individual is doing work classed as an internship and so should be paid, Minter explains.

Once defined, the proposal was taken back to the executive board and to the volunteer forum to test and approve it. Minter says volunteers gave their “full endorsement”.

As well as internal support, the charity sought external advice from fair internship campaigner Graduate Fog – particularly around how to position the move externally to donors, who might be concerned about interns’ wages eating into supporter funding. However, these concerns were unfounded; it was decided that intern salaries would come out of existing staff budgets.

When the first paid cohort launched in Summer 2018 “we didn’t know how this would all pan out and what the [intern] numbers would look like”, Minter says, pointing out that there’s no requirement for any department to hire interns, and no minimum intern volume mandated across the charity.

Because interns weren’t on the payroll system prior to the changes, comparable data isn’t available. But anecdotally the quantity of intake has been maintained and the diversity of the talent pool has improved considerably. Since introducing paid internships 75 interns have been hired across three cohorts, with 30% from BAME backgrounds – a percentage more representative of London’s population and higher than the proportion of BAME employees across other parts of the workforce.

Quality of interns also remains high, with the conversion rate into permanent or fixed-term contracts staying steady at around 27%.

Minter concedes that “it’s early days”. But now having access to this data means HR will be able to monitor whether greater diversity at entry level converts into greater diversity in the wider employee population over time. Going forward, HR is evolving the training and development opportunities provided to interns so they get more out of the programme. Other plans include a more holistic approach to Cancer Research UK’s early careers strategy, including its graduate scheme and apprenticeships, bringing the different groups together to learn from each other.

Having set something of a precedent, Minter is “aware” that it might create pressure on other charities to follow suit. She advises others to “not be afraid to explore this and to engage early on with as broad a range of stakeholders as you can and listen particularly to external communities such as volunteers”.

She adds: “Key for us getting this through positively was engaging with every party that might be affected – giving them the opportunity to be involved was the most important thing.”