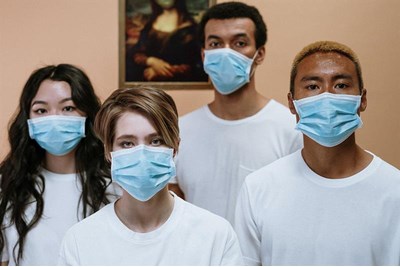 BAME workers in the UK have been ‘overexposed, under-protected, stigmatised and overlooked’ during the COVID-19 pandemic.

A new report carried out by Doreen Lawrence and commissioned by the Labour Party, An Avoidable Crisis, found that BAME people are over-represented in public-facing industries where they cannot work from home and are more likely to be living in overcrowded housing, increasing their chances of coming into contact with the virus.

The lack of PPE for frontline workers reportedly had a much greater impact on the BAME community.

The British Medical Association reported in April that 64% of black, Asian and minority ethnic doctors had felt pressured to work in settings with inadequate PPE compared with 33% of their white counterparts.

A submission to the report by the Royal College of Nursing also highlighted that 70% of black, Asian and minority ethnic respondents said that they had felt pressured to care for a patient without adequate protection as outlined in the current PPE guidance.

That is almost double the 45% of white British respondents who had felt this pressure.

She said: “We work with businesses who consistently make the right noises around getting BAME people into more senior roles. But, for the most part, few actually make progress.

“In some ways this is due to unconscious biases at work but it’s also about the deep systemic damage coming through that circumnavigates even the best intentions – and we end up 'downgrading' BAME people to frontline roles.”

The report also looked at how BAME workers have been impacted by the government’s failure to facilitate covid-secure workplaces.

“There has been a failure to implement and access risk assessments, insufficient government guidance for their protection and for groups that have historically faced discrimination or feel like outsiders in UK workplaces,” the report stated.

Leadership academy The Seacole Group highlighted the need to equip managers with tactics and tools for how to protect all staff with high risks.

A roundtable with trade unions was undertaken as part of the report, and several accounts about the lack of protection for at-risk employees were mentioned.

A survey carried out by Unison showed 80% of members said no one had spoken to them about risk assessment.

Labour’s report proposes that the government should introduce a legal requirement for employers to publish their COVID-19 risk assessments on a central government portal.

Lawrence said: “We are in the middle of an avoidable crisis and the government cannot ignore the facts. If no immediate action is taken to protect those most at risk as we enter the second wave more people will unnecessarily die.

“If no long-term action is taken to tackle structural inequalities we will keep seeing this pattern of injustice occur beyond the pandemic. We have heard enough talk from the government. It is now time to act.”