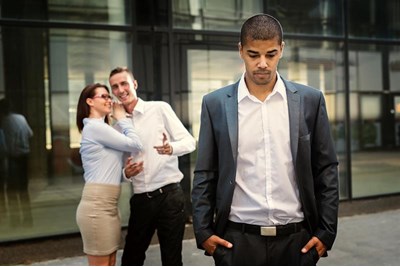 A third (33%) of BAME employees have been told to adopt a ‘Western work name’ by their boss, according to employment law firm Slater and Gordon.

Its research, which surveyed 1,000 BAME workers, found that many gave in to the unlawful request, fearing judgement (20%), discrimination (19%) or to save the embarrassment of colleagues mispronouncing their name (18%). Three out of five (60%) workers said they felt their career would suffer if they did not Westernise their name.

The survey also found 34% of BAME workers had abandoned their birth name on their CV or in the workplace at least once during their career. When using a ‘Western work name’ on their CV 28% felt they were offered more roles and 27% said they gained more job interviews.

Numerous studies show a correlation between ‘ethnic-sounding names’ and a lack of success in job applications. Organisations including Deloitte, HSBC, KPMG, the NHS and the BBC, have introduced ‘name-blind recruitment’ in recent years, which means that jobseekers’ names aren't seen by recruiters.

BAME workers also felt pressure to fit in in other ways, the Slater and Gordon research found, with 38% saying they changed one or more elements of their identity to fit in at work.

When asked whether they had seen progress in racial equality at work, a third (33%) said they felt workplace inclusion had not improved during their career.

Principal lawyer in the employment team at Slater and Gordon Ruby Dinsmore said: “It is shocking that in 2019 employees are still being explicitly or implicitly pressurised by managers to change their names.

“This research highlights that significant progress is needed with respect to inclusion in the workplace. Employers need to be aware that this behaviour is unacceptable, potentially discriminatory and therefore unlawful.”

The research echoes a long history of people feeling the need to change their names to avoid prejudice, commented Binna Kandola, founder and senior partner at Pearn Kandola.

“The research is shocking; it’s unlawful and outright discriminatory. But in other ways changing names is not anything new. Throughout history people without Western-sounding names have changed them in order to become accepted or avoid persecution,” he told HR magazine

“If a BAME person is attempting to hide their culture, changing your name will only go so far. It’s an attempt to diffuse difference, but they will always be recognisable in other ways.”

HR has not done enough to tackle the conversation of race at work more broadly, he argued: “Unfortunately HR are part of the problem, and they need to become part of the solution. Our own research has found that HR are one of the least effective groups at dealing with instances of racial abuse, so they have to start paying attention and encourage a different mindset.”

“The figures in this survey are very disturbing, and highlight the scale of the longstanding issue of employees and candidates being made to feel excluded because of their cultural heritage,” she said.

Kerr added that employers have a legal responsibility to tackle the issue: “Employers need to assess their organisations and make changes that are needed to stop these unlawful discriminatory practices. Employees can only truly thrive in a work environment where they feel safe as themselves and belong rather than having to ‘fit in’."

Improving discussions around race at work is vital, she added: “Having conversations about race in the workplace can often make people feel uncomfortable and the risk is that they can often end up not happening. We have created a pocket guide to help everyone navigate these conversations and tackle these issues head on.”