Anchoring the shift in mindset 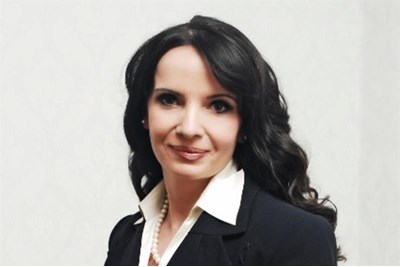 As a computer scientist who shifted to become a behavioural scientist, I am constantly perplexed and fascinated by how our minds work and how we can shift our mindsets to a higher level of consciousness.

Insights from behavioural science point to the importance of anchoring – using anchors to associate with positive feelings, thoughts and beliefs.

Anchors hold our attention in the sea of consciousness and help us to focus on desirable thinking patterns, instead of drifting away. Anchoring is a process of associating an internal response with some external trigger so that that response (feeling, thought or belief) can be quickly re-accessed.

A psychological anchor is a tool for self-empowerment as well as a reference point that helps to stabilise a particular state. In addition to self-empowerment and inducing positive mental state, anchoring can be used to establish and enact/reactivate the mental processes associated with learning and creativity.

The process of anchoring involves associating two experiences together in time, and these associations become stronger through repetition, leading to establishing new neuro-connections in our brain. Neuroscience tells us that a new neuro-connection can be established after 21 days of repetition of certain neurological stimulus.

Anchors that are symbolic and unique are more effective. They employ the process of association to focus awareness, re-access knowledge and internal states and connect experiences together to enrich learning.

Some factors that contribute to the power of anchoring include: the emotional level of the experience, the richness and intensity of the experience, and continuous reinforcement of the anchoring. The key question in the process of anchoring is 'what would symbolise that state?', and for that we can usually use an image or an object, although sound or smell can be used as well. In general, the more unique the anchor is the stronger it is!

When two experiences (stimulus and response) occur close together a sufficient number of times (for at least 21 consecutive days) the two experiences become associated with each other.

So what does the concept of anchoring mean in the context of business, and specifically people management?

My work is focused on shifting the mindset of individuals and organisational cultures to higher levels of performance and consciousness, as described in The Management Shift and this article on power levers.

The big shift from Level 3 to Level 4 of the Emergent Leadership Model never arrives by chance. Moving individuals from a Level 3 (traditional, controlled) mindset to Level 4 (emergent, enthusiastic) can be brought about through conscious training, self-empowerment and coaching.

This big shift in an individual’s mindset transforms the organisation in which they work. In the past there was a tacit assumption in both personal and organisational development that the two are separate or only loosely connected. But this limiting belief understates the extent and depth of interdependence.

Individuals proceed through levels of development – for example from Level 3 to Level 4 – both while, and by, influencing others. In turn organisations exhibit similar levels of operation. This interdependence can be observed in neuroscience. When leaders engage in empathetic behaviour they directly alter their own brain chemistry, and that of the people around them.

Anchoring is an important part of this big shift for individuals (that then ripples out throughout the entire organisation). We can use unique objects to anchor thoughts, feelings and beliefs associated with the Level 4 mindset and re-access those internal states when needed with the help of such an anchor.