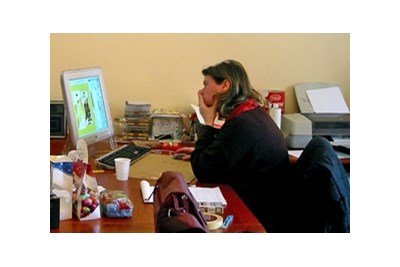 As the Pensions Bill makes its way through The Commons, older workers are still often neglected when it comes to training and performance management according to a report this week from the CIPD.

The Employee Outlook: Focus on an Ageing Workforce survey of 2,000 employees found less than half of workers (46%) aged 65 and above report they have had a formal performance appraisal either once a year or more frequently, compared to 65% of all employees.

In all 44% of employees aged 65 and above have not had a formal performance appraisal in the last two years or never, compared to a survey average of 27%.

Older workers are also much less likely than younger workers to have received training, with 51% of those aged over 65 saying they had received no training in the last three years or never, compared to 32% across all age groups.

From October, employers will no longer be able to require employees to retire at a certain age, except in certain limited circumstances, which will mean employers will need to ensure their performance management systems and practices focus as much on older workers as the rest of the workforce.

Dianah Worman, diversity adviser at the CIPD, said: "The survey finds too many older workers are currently neglected in the workplace when it comes to training and performance management, with some employers perhaps assuming older staff are nearing the end of their working lives and need less attention.

"The removal of the DRA will rightfully put a stop to lazy management of older workers, with employers forced to maximise the talents of an ageing workforce. Failure to address poor performance of older workers may also pave the way for discrimination claims following the phasing out of the DRA if there is a dispute over capability. Employers should treat all employees fairly at work to ensure they get the best out of all staff, whatever their age."

The survey also provides evidence on the extent to which older workers' health might impact on their ability to do their work. Across the sample, 29% agreed or strongly agreed that their job requires a high level of physical capability, with younger workers marginally more likely to say this is the case than older workers.

For those workers who felt their physical ability to do their job has declined as they got older, 76% said their employer had not made any adjustments. Where employers had made adjustments, employees report that access to occupational health services (7%), offering a reduction in hours (7%) and flexible working (6%) were the most common.

Worman added: "The survey shoots down the myth that workers' ability to do their job suddenly declines after they hit 65. However, the survey does show that employers need to do more to provide reasonable adjustments for workers of all ages to enable them to carry on working in light of physical or mental health difficulties, or indeed caring responsibilities, either for children or for an ageing spouse or partner."

"The Coalition Government's plans to extend the right to request flexible working for all employees will encourage more employers to provide flexible modern workplaces in response to the needs of employees of all ages and, just as importantly, in response to the demands created by changing demographics in the labour market."