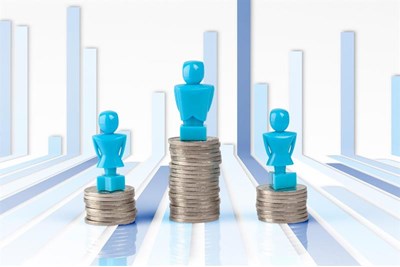 To readdress the gender imbalance still existing in many organisations, including the hospitality sector, and to increase the number of female leaders, the research sets out three key recommendations.

Culture of an open dialogue

A major shift in organisational culture is necessary to redirect the focus to a more inclusive and equal working environment. All employees should feel encouraged to discuss gender-related issues or challenges among one another as well as with their line managers. This can be achieved by organisations actively creating a culture of an open dialogue which is based on an inclusive listening environment.

To facilitate such a cultural shift, the research proposes the use of LEGO Serious Play, which requires participants to build LEGO models to represent their feelings and emotions. Collectively drawing a mandala, as a group also worked as a self-awareness activity. Implementing 360-degree feedback was also recommended.

When facilitated well, participation in such activities is known to help self-expression and raise awareness in a group setting without judgement or interruption. The research also called for an appointment of a lead for diversity and inclusion and a compulsory unconscious bias training in order to destabilise existing organisational structures.

Male allies who are supporting and willing to speak out against sexist behaviour and gender discrimination are important to advance female employees in the organisation. Organisations should encourage and formalise male allies’ initiatives through training, workshops and working groups to transform the organisational culture.

Organisations should challenge the patriarchal norms and the masculine dominated culture in leadership and HR processes. HR departments and administration should regularly revisit career progress criteria, leadership models, job descriptions and appraisals to include both masculine and feminine leadership traits.

Responding to the societal shift from traditional masculinity to the idea of diversifying masculinity, the organisation should provide sufficient support to male employees who are willing to take on more domestic and childcare duties. This support should be reflected in organisational policies of remote e-working, flexible working arrangements, paternity leave, support groups and initiatives with non-profit organisations.

Gender in the curriculum design

Colleges and universities that educate future managers and leaders should integrate gender in the curriculum design. In human resource management courses, issues such as gender pay gap, discrimination, domestic labour division, disadvantages faced by women to develop their careers, and sexual harassment in the workplace should be openly discussed and debated.

Equipping students with a critical and feminist perspective in higher education is significant to empowering them to provoke positive changes in any industry. In addition, the research suggested featuring more women leaders as role models in the form of case studies or as guest lectures to inspire female students to pursue a career in management or leadership.

The connection between the industry professions and academia is essential to prepare the next generation of women managers and future leaders who champion gender equality, diversity and inclusion in the workplace and beyond.

The findings above are summarised from their joint paper Let’s not just “talk” about it: reflections on women’s career development in hospitality.