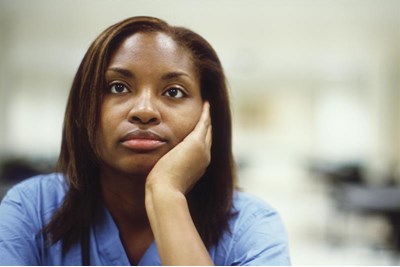 The article cites important statistics on productivity but doesn't focus on the very great part management behaviour is playing in creating unproductive activity or 'noise'. Our investigations with ...

Nearly a quarter (23%) of UK employees rate themselves as ‘unproductive’ at work, according to research from Vodafone.

The survey of more than 3,000 UK employees found that around half (51%) believed processes at work stopped them being productive, while almost the same number (47%) blamed too many meetings. Four in 10 (42%) said that the stress they were under was holding them back, and 42% said poor technology was stopping them being as productive as they would like to be.

Tony Bailey, head of regional business at Vodafone UK, said employers have a “huge opportunity” to make a difference. “Across the UK people are looking for support from their employers to help them be their best at work,” he said. “There is a huge opportunity for employers to look at what changes they can make to unlock the potential of the significant proportion of the workforce who don’t think they are working as well as they could be.

“Examining how and where people need and want to work is the first step to understanding where the introduction of smarter processes and technologies can bring enhancements. Each employee, job, organisation and customer will have different expectations and requirements, meaning there is no one-size-fits-all when it comes to working practices and flexibility.”

The Vodafone research coincides with a workplace technology report from the CBI. From Ostrich to Magpie argues that encouraging more businesses to behave like ‘magpies’ – picking the best tried and tested technologies available – rather than like ‘ostriches’, who are more stuck in their ways, could reduce inequality between firms’ productivity and people’s pay. The research suggests this could add more than £100 billion to the UK economy and support a 5% reduction in income inequality.

Carolyn Fairbairn, CBI director general, said that firms are missing out when they do not keep up to date. “While the eyes of the business world can often be on ‘the next big thing’ in cutting-edge technology, too many firms are missing out on what’s right under their nose," she said. "Failing to adopt the nuts and bolts technologies of today is leaving a yawning gap in productivity and pay between businesses.

“Ultimately, getting better at diffusion of key technologies and innovation is one of the missing links in solving the UK’s productivity puzzle and should be made a national priority."

Nearly two in five (38%) employees in the Vodafone study said their ideal place of work would have the most up-to-date technology on the market. More than four in 10 (43%) employees reported that they often worked from a customer or project site to some extent, so making sure they could work effectively and stay connected to their colleagues and customers from wherever they were would help increase output.

Bailey agreed that technology can help firms to support their staff. “The communication technologies that are being used by more and more businesses are one way to boost collaboration among employees, in and out of the office,” he said. “This in turn will ultimately create a more engaged, productive, responsive workforce.”

The article cites important statistics on productivity but doesn't focus on the very great part management behaviour is playing in creating unproductive activity or 'noise'. Our investigations with our international corporate clients identifies this as a major factor. Most people in organisations are unbelievably busy, but on almost useless activity - when viewed through a rigorous lens of value creation. With the use of a specially developed app, individual organisations can now have their own live feedback for diagnostic purposes of exactly how their people's time is being wasted and in which specific parts of the business. This can then enable interventions to be delivered which target the specific cultural and behavioural causes of unproductive activity. However there is an Emperor's New Clothes aspect to revealing this dysfunctional busy-ness, and it takes a mature and exceptional HR professional to bring this core source of wasted time to explicit attention.