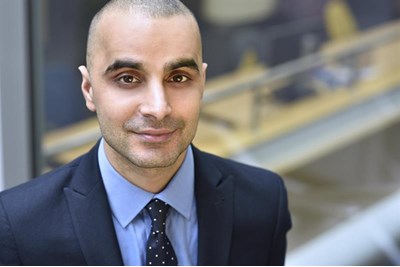 With its researchers actively involved in advising the government on its handling of the pandemic, The London School of Hygiene & Tropical Medicine (LSHTM) has scarcely been out of the news in 2020

Studies have been refocused to prioritise work on the virus; Chris Whitty, the chief medical officer for England and chief medical adviser to the UK government is an honorary professor of the school; and members of staff are on the government SAGE committee.


It’s a situation that has pushed the school’s HR team to radically rethink the way it works. Speaking from his kitchen via Zoom, LSHTM HR director Kessar Kalim says: “COVID takes priority. That impacts the way the team works. All non-COVID casework and non-COVID related policy reviews, they’ve been kicked into the long grass.”

On a national scale, seemingly “low-skilled” and especially low-paid roles have been reprioritised, and the same has been true within academia. “Prior to this, key workers were referred to completely differently, no one ever called them that. And I think that tag shows that they are absolutely fundamental to an economy and to business because without [for example] cleaners and security a lot of universities wouldn’t be able to function,” Kalim says.

Yet it’s not only key workers that have undergone a redefinition. Kalim believes it is the start of yet more change still to come.

“It’s no secret that the higher education sector will suffer financially; I think the whole country will go through some form of recession – this has been predicted by many analysts and commentators. What it means for candidates and staff in particular is that the days of having one specialism may disappear. Leaders will be looking for people who can wear multiple hats and have a diverse skill set.”

“If you can get a broad range of experiences across three or four separate disciplines, that should stand you in good stead.”

Having moved from his hometown of Derby to London to pursue a career in HR, Kalim has taken every opportunity he can to learn from the variety of people the city brings together. He says: “It’s been a really enjoyable journey because I’ve met some wonderful people, and I’ve learned from them all.

“I think when you work in London, you get exposed to all of these wonderful people. Some of the professors I work with are world-leading in their field. You’d be remiss not to take that opportunity to learn from them.”

Kalim followed an alternative route into HR, having studied economics at university. Though CIPD licensed, and a voluntary enterprise advisor for the body, he doesn’t hold any formal CIPD or HR qualification.

He is an advocate for the type of lateral thinking that varied educational and professional backgrounds bring to the occupation.

“There’s one school of thought which suggests that you need to be immersed in HR thinking. And then there’s another school of thought: that you can come from any type of background, educational or vocational, as long as you develop the right skills and apply them to HR. I think a good HR team is probably made up of a combination of both. I don’t think one outweighs the other as they’re both positive approaches,” he says.

The one thing that many of the best HR professionals Kalim has met had in common is that, he says, they have exceptional critical thinking skills and “that hunger to learn.”

“They have that intellectual curiosity that means they’ve got that drive to improve themselves, to pick things up. It’s about values as well. Most people that work in HR are usually values-driven, to help make workplaces better,” he says.

HR in higher education (HE) has its own set of challenges that differ from those faced by people leaders in private companies. Answering to the Office for Students and trade union representation, accounting for limited budgets, and holding a responsibility to the public purse and the taxpayer, are just some of the areas LSHTM handles daily. What this means is that the offering is very different.

Considering both the private and public sector, Kalim says: “It’s like comparing apples to oranges. In HE, that mission is absolutely critical. Staff resonate and connect to that. At LSHTM, our mission is improving health worldwide. When I speak to my colleagues, everything we do has to be in support of that. And if it’s not, then why are we doing it?”

Kalim started his career in the public sector as an HR transactional officer for the Children and Family Court Advisory and Support Service (Cafcass). Very early on his career, and drawing on the principles of economics, Kalim says he learnt how to make the most of limited resources.

When he first started at Cafcass he was part of the HR team responsible for supporting staff through one of the biggest surges in social work cases in recent history. When the local authority failed to intervene in the death of Baby P in 2007, the attention given to the case encouraged more people to report concerns they had about child abuse. Yet in the early 2010s the budgets for social work organisations were cut by the government.

“That was an early challenge for me on how to manage things creatively when we didn’t have endless budgets, in fact we had diminishing budgets. That ‘how do you make the most of the resources you’ve got at your disposal?’” Kalim says.

The answer for him was to be creative, efficient and apply a practice that Cafcass deemed ‘proportionate working’.

He says: “I would describe proportionate working as giving matters the attention and the focus that they require. And it’s all about risk management. Something that has a high degree of risk you give a high level of attention and detail, as opposed to something that’s fairly low risk and you can make a quick decision on.”

Looking back, he says a lot of the lessons he learned at Cafcass during those early years have put him in good stead for the LSHTM’s response to the pandemic. “We’re having to work proportionately, and we’re having to manage things that are beyond our control in some elements and trying to manage those in the most effective way as possible,” he says.

Collaboration is a necessity of creative thinking in times of crisis. As an example, Kalim describes his team’s handling of an influx of employee requests. Ad-hoc queries are dealt with as and when, but if there are many questions relating to a similar topic the team endeavour to find the right forum to have a discussion about those queries.

“We have set up fortnightly meetings with the unions, so if there are loads of union type issues we just say ‘look, we’ve got a meeting next Thursday, let’s discuss it there,’ and there’s various other forums where you can discuss things. I think that regular dialogue where staff groups, unions and management can attend together is really important,” he says.

The relationship between HR and comms is something that Kalim has seen strengthen over the course of his career. As both functions have staff engagement as their core tenants, he says: “There’s huge value in both of those teams working together.” Generally, he believes that leadership is best when it’s dispersed too. He adds: “It means that they have to collaborate. It’s not an option. If you operate in silos, you don’t really get the best product at the end of it.”

Work, and particularly the value of a people-based approach, is witnessing a shift as a result of the coronavirus. Yet if HR’s image is to change, Kalim says there is still some work to do.

“HR in HE has some legacy issues to contend with about being seen as an extension of management, and about it not being a business-critical function and more admin. It has those shackles to shake off,” he says.

In order to overcome preconceived ideas about the profession Kalim asserts that building trust is key, not least as organisations are grappling with a lot of employee anxiety beyond their control. “There has to be an element of showing people that actually, you’re here for the organisation, not just the management. It’s [communicating] that HR’s interest is in moving the organisation forward and getting that shared interest between staff and management not furthering management’s goals at the expense of everything else,” he says.

On a personal level, Kalim says that the thing he would most like to achieve over the course of his career is to further the reinvention of HR, particularly within his sector. “I’d like HR to be considered a critical ally for leadership and a trusted friend for the organisation. But it’s not something that can be achieved alone. I’m only as good as everybody else on my team, and for the sector, to only have one good function in every hundred is not really good enough.”