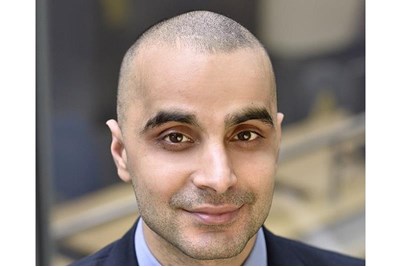 Kessar Kalim is the Director of HR at the London School of Hygiene & Tropical Medicine (LSHTM), a position he has held since September 2017.

Since assuming post, Kalim has reorganised the HR service, updating and modernising various aspects of the service enabling HR to better support the organisation. He also oversaw all HR, people and pension aspects during the transfer of two Medical Research Council Units based in Africa to LSHTM, doubling the size of the organisations workforce, enhancing research capacity and capability and increasing the size of the LSHTM estate.

Prior to joining LSHTM, Kalim held a number of HR roles at the Children and Family Court Advisory and Support Service (Cafcass), the public body that provides support to families and children going through the family courts. After being declared “inadequate” by the sector regulator Ofsted in 2009, the organisation went on a transformational journey. Kalim helped the HR team at Cafcass with supporting management to more than halve sickness absence rates from 16.2 days per social worker per year to just 7.3 days (amongst the lowest in the sector at the time), and was instrumental in supporting the organisation to update its pay scales and move its training processes online. In 2014, Cafcass received a “good” assessment from Ofsted.

In recognition of his achievements, in 2015 Kalim became the first ever individual to win the overall “gold” prize at the Personnel Today Awards, and was also the winner of the ‘HR Business Partner of the Year’ Award at the same event. Kalim was also the recipient of the ‘Highly Commended’ Award in the ‘HR Practitioner of the Year’ category at the HR Excellence Awards 2015.